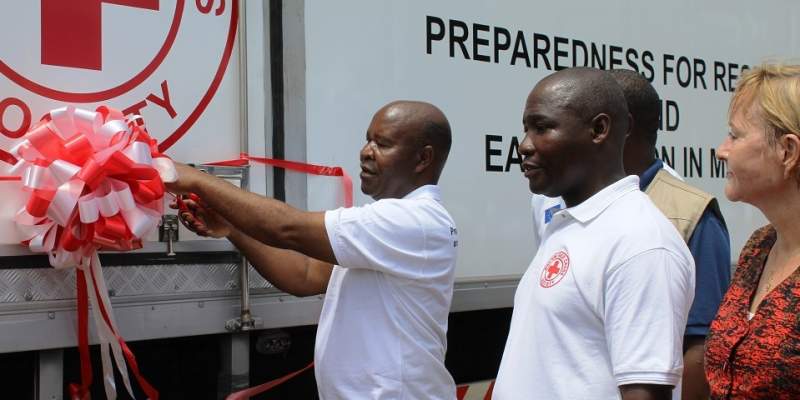 The Malawi Red Cross Society (MRCS) has launched the Mobile Emergency Operation Centre which will help to scale up coordination and urgent response during disasters in the country.

MRCS President, Levison Changole, says he is hopeful that the initiative will ensure that credible data is wired for authorities to take urgent actions.

He said this on Friday in Chikwawa during the launch.

"We believe this first of its kind initiative will strengthen coordination during and after disasters," said Changole.

He disclosed that apart from constructing houses and drilling boreholes for people who willingly relocated in Nsanje, Phalombe, Zomba and Chikwawa districts, the organization is also intending to construct a health post at Mwalija new village in Kasisi area in Chikwawa.

Changole hopes the health post will be completed in 90 days to enable people there access quality health services.

Director of Disaster Risk Reduction in the Ministry of Disaster Management affairs, James Chiusiwa, has indicated that government will construct two permanent emergency operation centres to ensure that credible data is given to communities during disasters.

Nsanje, Chikwawa, Zomba and Phalombe are some of the disaster prone districts in the southern region.