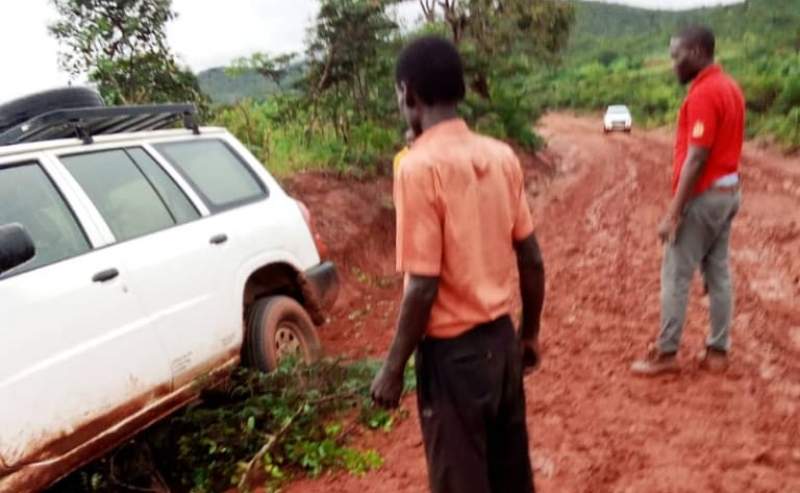 Neno road is in bad state - pic by Steve Kalungwe

People of Neno district have asked government to consider constructing them a standard tarmac road, saying the current one is a threat to both people's lives and agricultural activities.

Public Expenditure Tracking (PET) member, Benito Mpapa, says Neno is the only district which has no tarmac road.

Group village headman Donda says the road which government is constructing was a path used by colonial masters.

Councilor Biswus Maganga, said "it's very unfortunate that the MPs do not come for meeting that is important for our development.”

GVH Donda said, Thoko Tembo, parliamentarian for Neno North opted to delegate rather than availing himself.

Neno South lawmaker, Mark Katsonga says there was a communication gap between him and the organisers of the meeting, adding he's always committed to improve the road network in the district, so that services are enjoyed by all.