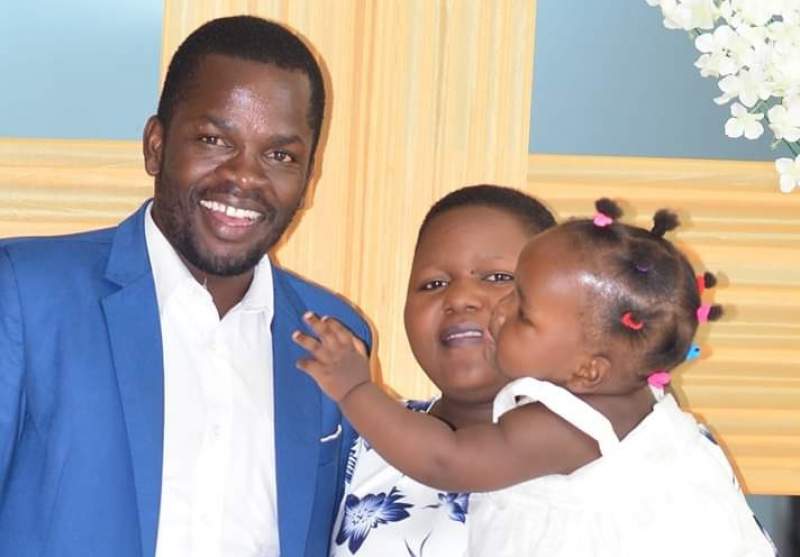 Vanessa with her parents - pic courtesy of Kapanda family

Members of House for Rent / Swap-19 Whatsapp group have raised funds to help daughter of the group’s administrator, Mathews kapanda, who has brain tumor.

The group members on Monday presented K113, 000 they raised to Kapanda, popularly known as “Atsogo” at Chilinde in Lilongwe.

Representative of the group, Dumisani Lungu, says they felt duty bound to offer a hand to a person who has been helping house seekers in the country to find houses at no cost.

“We saw that our friend has a problem which needs us to assist. We look at the problem as that which anyone can face. He needs funds for medical assistance of his daughter. At a certain point, anybody seeks assistance from other people,” he said.

Lungu urged social media users to use the platform for important matters rather than spreading fake news, for example.

“If social media is used very well, it is a good podium to associate and assist each other. In our case, we would not have known that our friend has a problem until he posted on the group that he was facing a problem,” he said.

Kapanda said in reaction to the gesture that his family is “humbled and encouraged for the love and care the group has shown. This really shows that the small way I serve you is indeed appreciated. The money will go a long way in helping our daughter who is receiving medical help.”

Kapanda also expressed gratitude to individuals who helped him with funds towards the course after learning about his daughter’s condition on Zodiak Online Facebook and Twitter pages.

“All the money that well-wishers have helped me amounts to about K400, 000. Vanessa was scanned and she is expected to undergo operation at Kamuzu Central Hospital anytime soon,” he said.

The daughter, six year old Vanessa, was born with hydrocephalus (a buildup of fluid in the cavities within the brain).

Her condition led to seizures that initially lasted about ten minutes but later escalated and lasted about three hours while making some of her body parts and senses inactive.