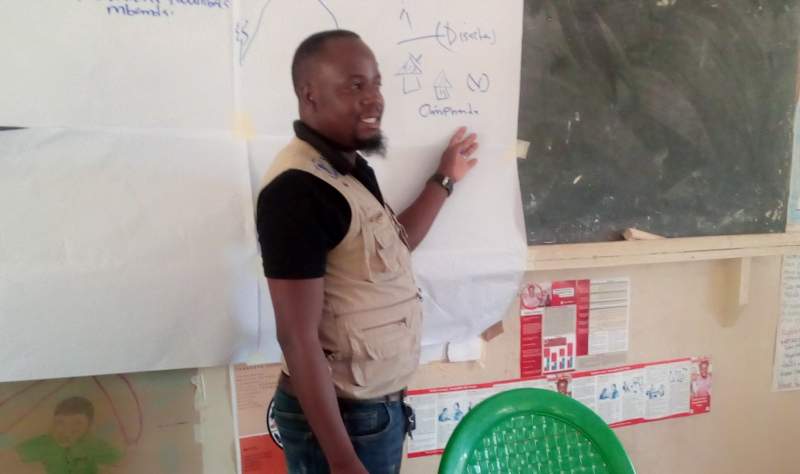 As the country now has confirmed 36 cases of the novel Covid-19 pandemic, Neno District Area Civil Protection Committee (ACPC) has settled for Covid-19 pandemic as their main focus area in this year's disaster mitigation calendar.

Speaking to Zodiak Online, Neno district disaster desk officer, Alick Milanzi said the committee chose the pandemic as their main battle, looking at its nature, saying if not given attention, it could leave more casualties in the district since no case has been detected hence people's laxity.

"It's a major concern to the people here, they need to understand all the precautionary measures they have to employ so that they at least lessen the hazards that covid19 might present to them," said Milanzi.

Milanzi also disclosed that in the previous years, the ACPC has been focusing on hunger propelled by dry spells as their main hazard especially in lower Neno.

"People of T/A Symon do face perennial hunger due to dry spells but this time around, they see covid19 as much dangerous than hunger, since if not checked, it might further affect their economic activities which might just worsen the hunger situation in that area," lamented Milanzi.

One member of the ACPC, Steve Donda, of Donda village, welcomed the idea of putting Covid19 first in their major disaster mitigation activities, saying it has come to their attention that the pandemic needs inclusive efforts if it is to be overcome.

Donda said that now the country has registered 36 cases of this pandemic, there is a need for us to start taking messages of prevention to the Village Civil Protection Committee so that the grassroots are taken aware of the disease.

He said through partnership with government, non-governmental organizations, faith based leaders and chiefs, the spread of the virus could be contained since there could be an integrated way of passing covid19 messages to the rural man.

As a preventative measure, Neno district council formulated by-laws, which among other things have banned church gatherings of more than 50 people, mobile markets, bars and other entertainment activities and enforced sanitation in all public places with hand washing facilities.

In Neno, a major challenge is in its unmanned T/A Dambe borders, that connect Malawi to Mozambique and also track drivers and sex workers at Zalewa (Chingeni turnoff) and these places have since been marked as hotspots by the Neno district council Covid19 committee.

Meanwhile, the district has settled for its community hall and stadium in upper Neno and Lisungwi day secondary school in lower Neno, as its isolation and quarantine centers, all under construction in partnership with a non-governmental health organization Partners In Health (PIH).