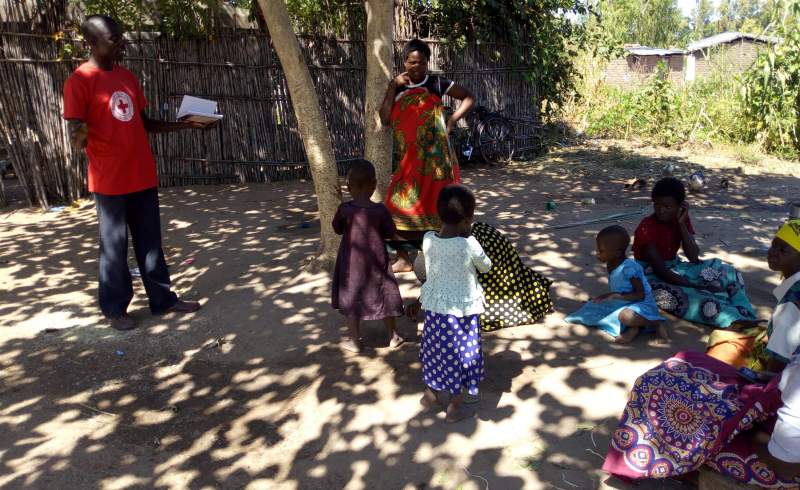 The Malawi Red Cross Society has started a door to door message dissemination campaign on Coronavirus to make sure that people have correct messages on the pandemic.

The Society’s COVID-19 National Coordinator, Roster Kufandiko, told Zodiak that currently they have trained over three thousand three hundred volunteers nationwide to assist in the campaign for the coming three months.

Kufandiko who was speaking in Machinga where the organization is also doing other interventions on the pandemic said despite various interventions the country is doing on issues of covid-19 to some people, things seems to be business as usual.

“We want to create awareness so that people should know about the pandemic because you will agree with me that this disease has come with misconceptions, myths and rumors so we want our people to have clear messages,” said Kufandiko.

He said about one hundred volunteers will be in Machinga district for the coming three months where they believe that they will reach over 50 percent of the households with the messages that health authorities are preaching to avoid the pandemic.

Group Village Headman Amin from the area of Traditional Authority Mlomba in Machinga district told Zodiak that the initiative will help because people will have firsthand information.

Group Amin who was speaking after volunteers visited his house on Sunday said as a leader, now that he has the information, he will be able to explain to others well.

“This is clear now and if they will go round my village then people will no longer have unanswered questions on this,” he explained.

But he asked the authorities to make sure that places like his house should be provided with soap and water buckets as they receive more visitors.

Apart from door to door initiative, Red Cross is also using other ways to spread the messages like megaphones, posters mobile audiovisual and audio vans.