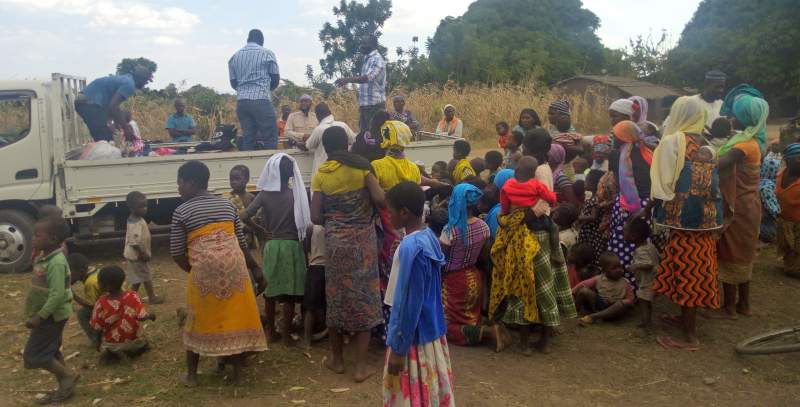 Pic by Raphael Mlozoa - part of the donation event

As Muslims continue to observe their holy month of Ramadhan, a group of Muslim Youths in Mangochi has reached and donated clothes to the needy in the district.

On Sunday, Mangochi Islamic Youth Movement, led by their Chairperson, Jumah Ali Kaweza, distributed clothes to people near mosques at M’bondo in the area of Traditional Authority Chowe.

Kaweza said this month of Ramadhan is very special to Muslims and it is encouraged that those that have something should always share with those that are in need.

Kaweza said the move is also a message to others not Muslim youth alone that the world can be a better home if people can stay together and have trust in on each other.

“As you can see what we have done today, it’s from the membership of this group; no outside donor from the group; which means it is possible to help one another with the little we have,” said Kaweza.

A cleric at one of the mosques, Sheilk Yasin Mpula, welcomed the development, saying it will send strong signals to others.

“You know, this we did not expect to happen today. No one was alerted about this and what I can say is thank you,” explained Sheik Mpula who also benefited from the donation.

Over 100 people benefited from the donation.