KRCS Donates to Muslims for Ramadhan 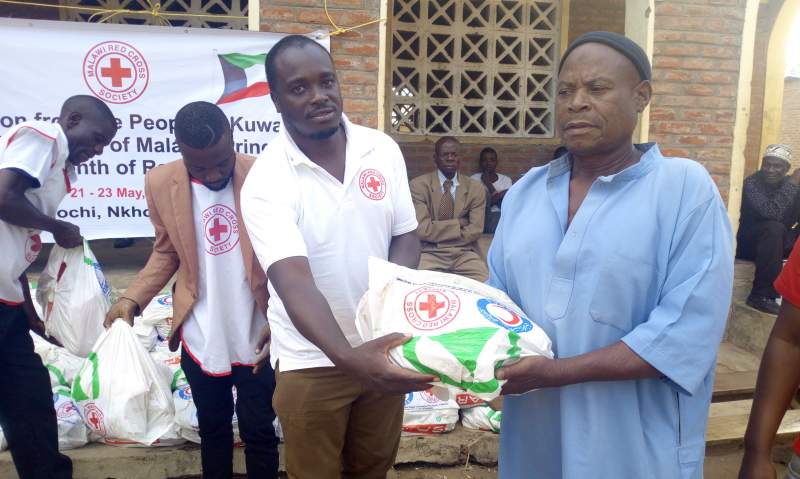 Part of the donation - pic by Raphael Mlozoa

Some poor Muslim households in Mangochi have all the reasons to smile as they finish their holy month of Ramadan, thanks to the Kuwait Red Crescent Society (KRCS) for giving them food.

The KRCS, through their sister organization, the Malawi Rec Cross Society (MRCS), on Thursday reached out to some poor families at Sauya in the area of Traditional Authority Nankumba in the district where they distributed food hampers.

According to the Head of Disaster Management at MRCS, Aston Mulwafu, their organization is in a long term relationship with the people of Kuwait who are already supporting a number of developments in Malawi and this is one is one of the interventions.

“Recently they have been supporting the flood affected people in Chikwawa and Nsanje where we are building about 70 houses and since they have a background of Islam, they decided to support their friends in Malawi during this period,” explained Mulwafu.

He said they give them about 8 million Kwacha to buy assorted food items so that their friends in Malawi when celebrating the holy month of Ramadan should have something to eat.

“We are giving out these hampers which contain food items like sugar, rice, cooking oil, salt and other assorted items in four districts of Balaka, Mangochi, Salima and Nkhotakota,” said Mulwafu.

One of the beneficiaries at Sauya Mosque, Dayson Gela, welcomed the gesture, describing it as timely.