Ex-Miners Not Happy with Government 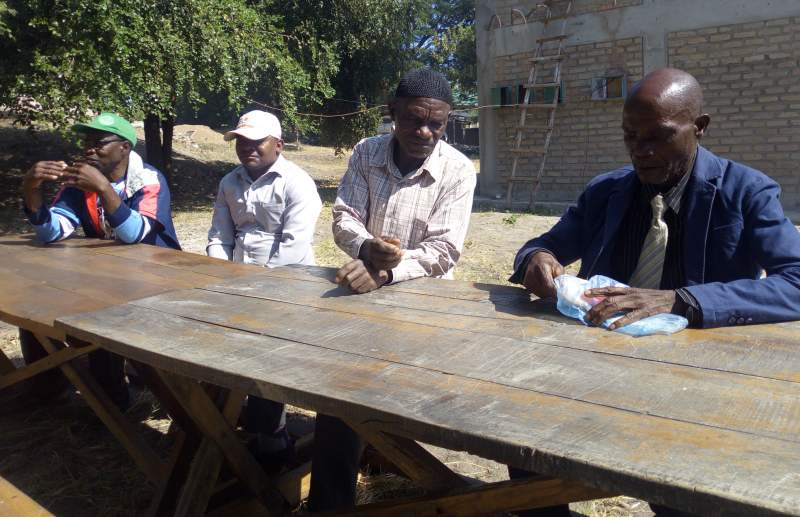 The ex-miners expressing their concerns - pic by Raphael Mlozoa

Some Malawian ex-miners who worked in South African mines have blamed government for not honoring its promises to pay them their money as agreed over three years ago.

Speaking with Zodiak, some of the old miners in Mangochi said government told them in 2017 to open bank accounts but since then they haven’t heard anything from the Capitol Hill.

A 76-year-old, Fix Goliati Muzongwe, one of the ex-miners who says he permanently came back home in 1988 after working in the rainbow nation from 1971, said it is unfortunate that the issue has taken so long.

Another ex-miner, Mr. John Kasale, who also claimed to have worked in the mines from 1972-1989, said their call this time around is just a reminder to government on their dues.

“This is a humble reminder. You know the president also promised that we will receive our dues. So it may happen that the authorities have forgotten,” said Kasale, who said if the authorities will disregard the call this time they will think of taking a next action.

But responding through a questionnaire, labor commissioner in the ministry of labor, Hlalerwayo Nyangulu, said Mr. John Dick the leader of ex-miners is better placed to comment since he is always updated.

But Dick said while Government update him Capitol Hill could have issued a statement on how is resolving the concerns.

“What the ex-miners are saying is very true, people are tired of waiting and you cannot blame them this time,” said Dick.

However, Dick said while he is updated on what government is doing and having attended some meetings on the same, government has also an obligation to issue statements on the same.

“Yes, there are issues of Covid 19. South Africa is on a lockdown and they cannot process anything. So, for us to be on the same page with government, we are not supposed to issue statements to members on

Issues that we have discussed. It’s the ministry and absence of that is what is creating gaps,” said Dick.