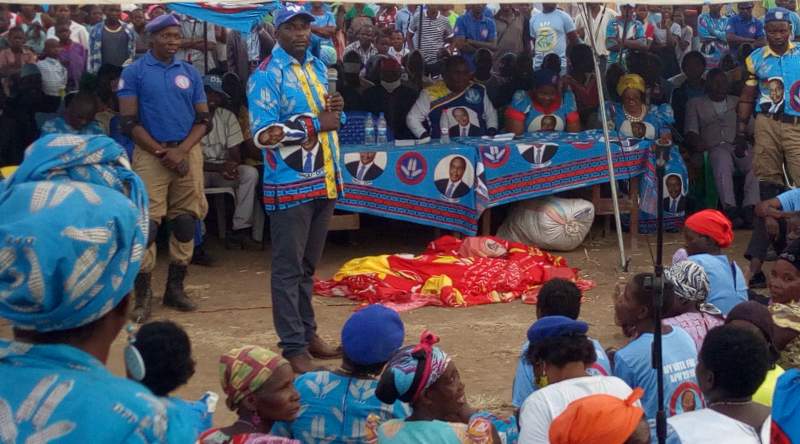 Part of the campaign rally - pic by Ronnex Chiwanda

Speaking to Zodiak Wednesday afternoon, Mchacha said people of Phalombe have every reason to vote for Peter Mutharika considering the number of development initiatives which the DPP led government has implemented in the district.

According to Mchacha, the DPP led government has improved the road network and is currently constructing the long awaited Phalombe district hospital.

“For continued development initiatives in the district and other parts of the country, people need to vote for the DPP/UDF alliance torch bearer President Peter Mutharika” said Mchacha.

Mchacha added that he is optimistic that those who did not vote will vote for Mutharika due to sound development policies.

Namachekecha said he is confident that no vote will go to opposition party in the forthcoming presidential poll in the district due to mass exodus of supporters of various political parties to join DPP.

During the rally which was held at Khongoloni, a total of 480 UTM supporters defected to Democratic Progressive Party.