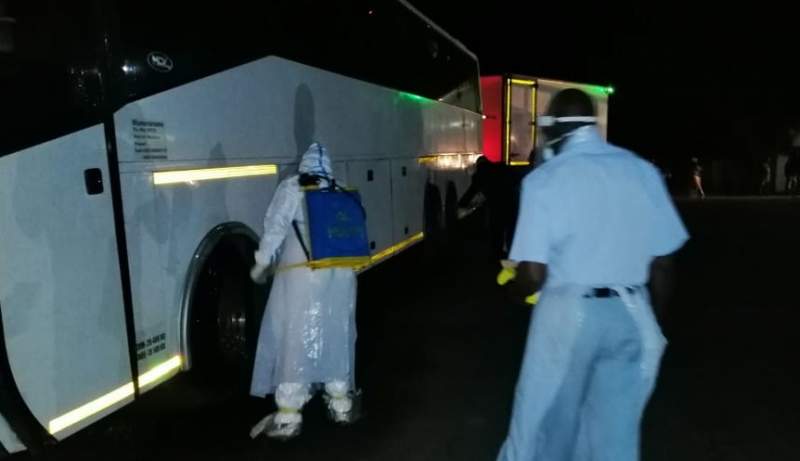 About 300 Malawians have arrived in the country from South Africa where they were feeling a pinch of a lock down the country implemented.

They entered in the country on Saturday through Mwanza border in the southern region.

“Five buses have arrived at Mwanza formation with 285 nationals on board. The expected number of buses were supposed to be six but one had a breakdown in Mozambique whilst in transit to Malawi.

“The buses were supposed to arrive at Mwanza border before midday but due to other logistical problems, there was a delay; hence, the late arrival,” Zulu said.

Co-chairperson of the taskforce for COVID-19, Dr. John Phuka, says the people were taken to Kamuzu College of Nursing where their samples were taken for COVID-19 testing.

Dr. Phuka says the people are now being kept at Kanjedza in Blantyre waiting for their results.