Man in for Possessing 106 Cellphones without Docs 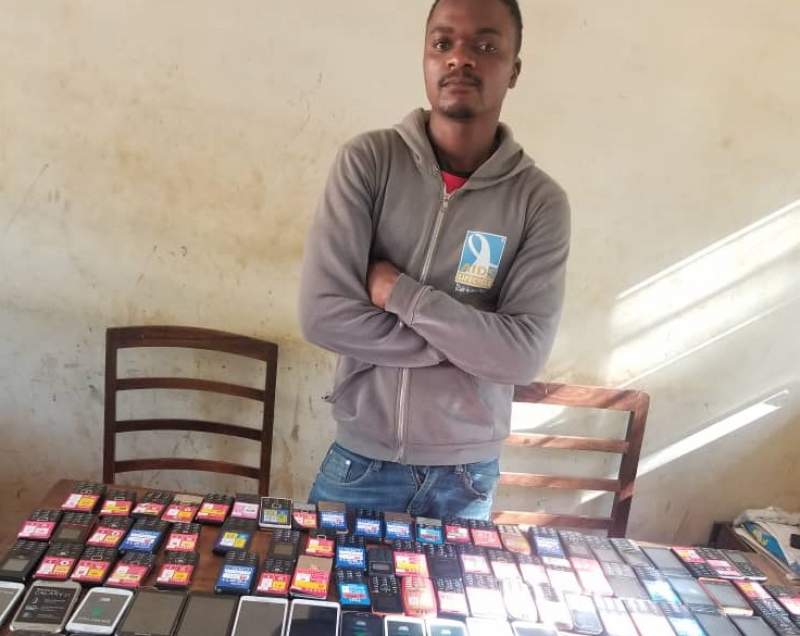 Matenya with the cellphones Pic by Hastings Jimani

A man aged 25 is in police custody at Mulanje police station for allegedly being found in possession of over 100 brand new cellphones without documents.

Mulanje Police Spokesperson, Sub-Inspector Gresham Ngwira, told zodiak Online that Frank Matenya was arrested on Sunday, 31st May, 2020 by police officers who were manning a road block along the Limbe-Muloza road.

“The officers saw Matenya approaching the road block on a motorcycle carrying a bag and upon searching him, he was found with 106 cellphones of different types but he failed to produce documents for the gadgets,” said Ngwira.

Sub-Inspector Ngwira said Matenya was arrested and he says investigations are underway to establish how and where he got the cellphones.