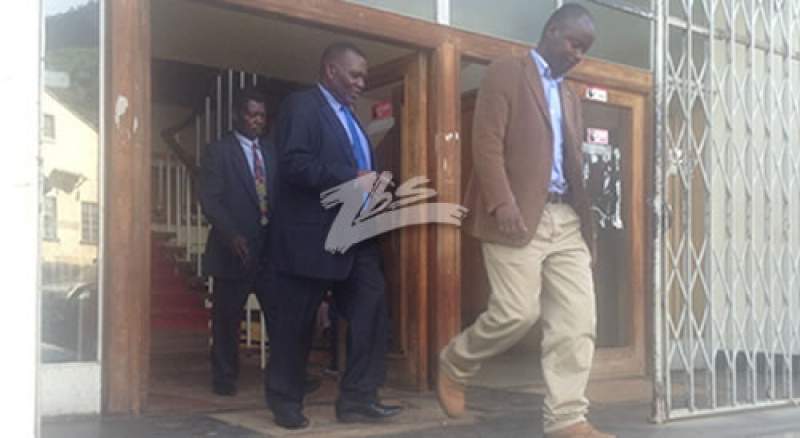 High court judge Redson Kapindu in Zomba on Tuesday 2nd June, 2020 sustained magistrate court's ruling which acquitted Dr. George Chaponda on all charges relating to alleged irregularities in the purchase of maize from Zambia in 2017 when Chaponda was minister of agriculture.

Among others, the judge in his 2 hour ruling said the appellant, Anti-Corruption Bureau (ACB), failed to prove its grounds for the appeal.

The court said on the first charge of giving false information to ACB which ACB appealed against the prosecution failed to prove that Chaponda lied when he said the 95 million Kwacha that was found in his house belonged to Democratic Progressive Party (DPP) realised from a blue night event held at Sanjika palace on 05th November, 2016.

On the second count of found in possession of foreign currency (57,500 USD and 22,370 South African rands) which ACB also appealed against, Judge Redson Kapindu said prosecution also failed to prove its grounds for appeal on this count.

"The prosecution brought a witness (Goodal Gondwe), former minister of finance who said he issued a permit for the respondent to keep foreign currency for treatment of his illness. State did not declare Goodal Gondwe as a hostile witness. Ground of appeal dismissed," read the judge.

The judge also said the filing of the appeal was incompetent as the state failed to show good course for the appeal.

On Monday 1st June, 2020, Kapindu who was hearing the appeal case held oral submissions from both ACB and Dr Chaponda's lawyers.

Among others, ACB lawyers led by Imran Saidi told the court that they were appealing against the lower court's decision because the magistrate court did not consider some elements of the evidence provided in the court and that the court also erred in the interpretation of some sections of the law.

For instance, ACB argued the permit to keep forex which Dr Chaponda tendered in court the lower court should have taken an initiative to confirm its validness.

But in his argument, lawyer for Dr Chaponda, Tamando Tchokhotho said the lower court considered all elements of the evidence provided in the court.

He also argued that according to section 52(a) of the Corrupt Practices Act, ACB was not supposed to appeal against the lower court's ruling but the Director of Public Prosecutions (DPP).

In 2018, Chief Resident Magistrate Paul chiotcha acquitted former minister of agriculture, Dr George Chaponda, in a maize gate case in which Chaponda was charged of giving false information to ACB, influencing a public officer to misuse his position and illegal possession of foreign currency.

Both Chaponda and his lawyer Tamando Tchokhotho said they are happy with the ruling.

ACB prosecutor Anafi Likwanya said they will respect the high court's decision adding that the ruling will serve as a lesson to the prosecutors to act as forensic investigators in future.