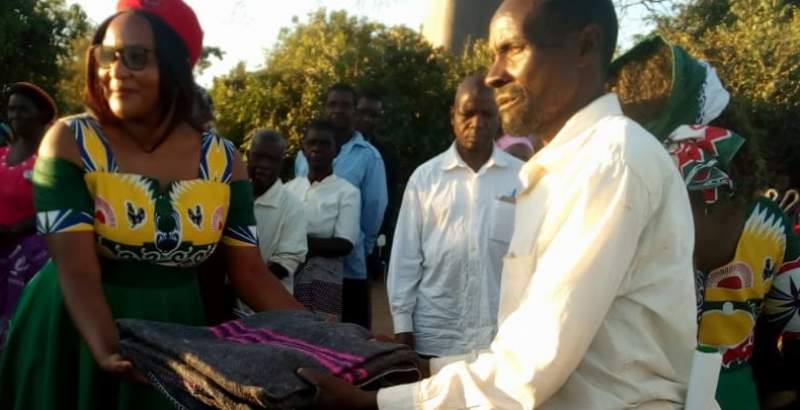 Tambala Queens and Stewards from the Malawi Congress Party on Monday donated clothes and blankets to orphans and the elderly in Neno district in a bid to make them warm during this cold season.

Jonathan Chipojora of LORI FAYAS Children's Home thanked the queens for the donation, saying it will go a long way in assisting the orphans especially during this cold season.

“We didn't expect such a donation to these 127 orphans under our roof. It’s a campaign period but we hope this is comes out of good will," said Chipojora.

One elderly woman, Gladys Tchale, who received a blanket said the donation will remind her of the MCP and Tonse alliance come 23 July when the country is expected to go to a Fresh President Poll following the 3rd February constitutional court nullification of the 2019 presidential election.

She says as an elderly woman, she will pay back the honor that MCP has done to her especially during this cold season when their bodies need more warmth.