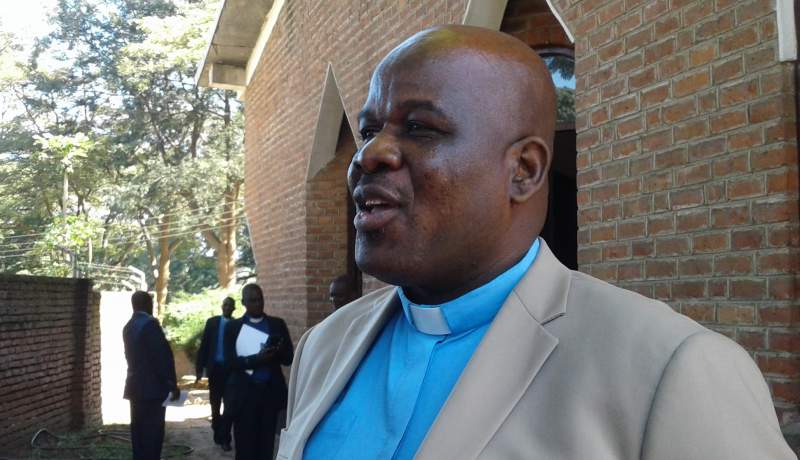 Mateyu said the church is being used - pic by Happy Njalam'mano

The Fresh Presidential Election (FPE) has created cracks in the Blantyre synod of the CCAP where divisions have emerged on political affiliations.

A group calling itself concerned ministers of the CCAP Blantyre synod has alleged that politicians are using the church to promote regionalism ahead of the election.

One of the disgruntled ministers, Donnex Mateyu Ngalande, says that “surely there are cracks within the synod because those members that are seen as not supporting that particular party are looked at upon as different from the other.

“We have written management of the synod on the same and we gave them a number of days to react on the issue and bring sanity.

“Unfortunately, there has not been any response from the synod. That is why we thought we should speak to the nation,” he said.

“Listening to recent sermons by some church leaders of CCAP Blantyre synod circulating on social media, gathering of ministers funded by political parties and religious organizations formed to serve interests of political parties leads one to conclude that churches are no longer serving social needs of their flock,” he added.

Mateyu and his fellow ministers, however, could not mention which party is allegedly using the church.