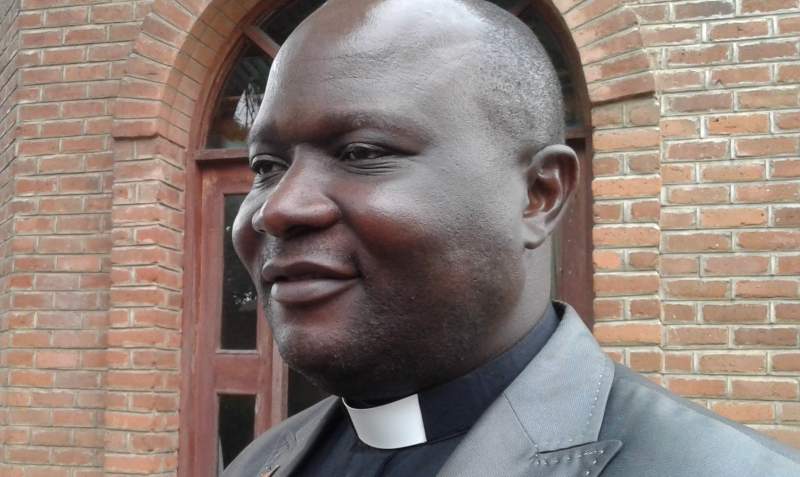 Reverend Dr. Gama said the Synod has a constitution to be adhered to - pic by Happy Njalam'mano

The Blantyre Synod of the CCAP has sent for disciplinary hearing four of its ministers who accused the Synod publicly of playing partisan party politics.

General Secretary of the Synod, Reverend Dr. Billy Gama, told media in Blantyre on Thursday that the four flouted the Synod’s constitution by rushing to the media.

“The Synod respects and adheres to its theological tradition of being non-partisan and respect for the separation of powers amongst different sectors of society.

“The synod respects its constitution and governance court systems as well where each and every sector of the institution is given space to air out their views and to be heard.

“To that effect, if the said ministers had any issues with the leadership of the Synod, they could have brought those concerns through the necessary Synod’s court without rushing to the media,” he said.

Some of the minsters have confided in Zodiak Online that they have heard of them being suspended but Dr. Gama neither confirmed nor denied the matter.

Dr. Gama said by going to the media, the ministers flouted Section 4.5.2 of the Synod’s constitution, saying only the General Secretary has the mandate to communicate the Synod’s communications.

The ministers told media in Blantyre on Tuesday that the Synod is being used by some politicians to spearhead regionalism ahead of the Fresh Presidential Election.

A video clip has been making rounds on social media of a minister from the Synod telling a funeral gathering that he would vote for Peter Mutharika in the forthcoming election but Dr. Gama said no one can question a sermon, saying the views in the sermon do not reflect those of the Synod.

Dr. Gama further added by condemning political violence “that has been experienced in the past weeks as parties are campaigning.”

On elections, the Reverend said that “though the date as of now has been slated to be on 23rd June, 2020, the CCAP Blantyre Synod would like to appeal to all parties and stakeholders concerned to agree on a date that will ensure that we have credible elections that will not lead to courts due to irregularities that may be caused because of inadequate time of preparing the election.”