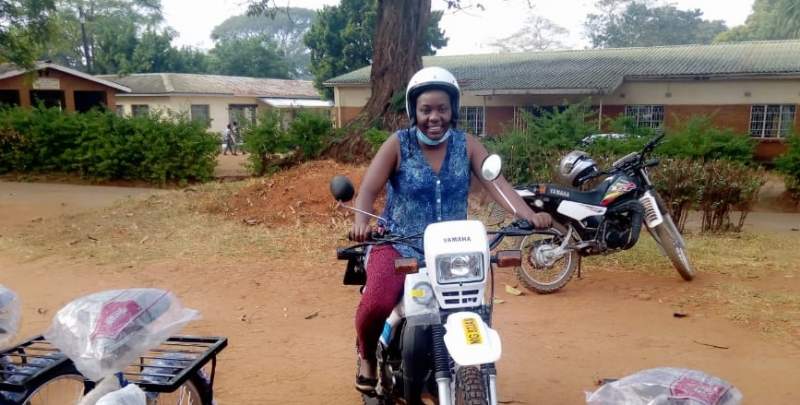 Mkisi preparing for a road test - pic by Hastings Jimani

UNICEF with support from the Chinese Government has donated one motorcycle and nine bicycles to the Mulanje District Social Welfare Office to enhance its response to violence against children.

Speaking to Zodiak Online after receiving the donation, District Social Welfare Officer Martha Mkisi said mobility challenges have been derailing its efforts to respond to incidents of child abuses.

Mkisi said community child protection workers who assist her office in investigating cases of violence against children appear to be ineffective because of mobility problems as they are not able to move from one point to another.

“We have over 20 community child protection workers in the district but their efforts to follow up on child abuse cases are thwarted by mobility problems,” said Mkisi.

She then thanked the Chinese Government and UNICEF for the donation which she said will accelerate their efforts in fighting abuses against children in the district.

“Common abuses in our district include marrying off under-aged girls and defilement and we need to seriously work towards reducing these cases,” said Mkisi.

Mkisi said with COVID-19 pandemic which forced government to temporarily close down public and private schools, parents and local leaders now have crucial roles to play in protecting children from all sorts of abuses as NGOs scaled down its child protection activities.