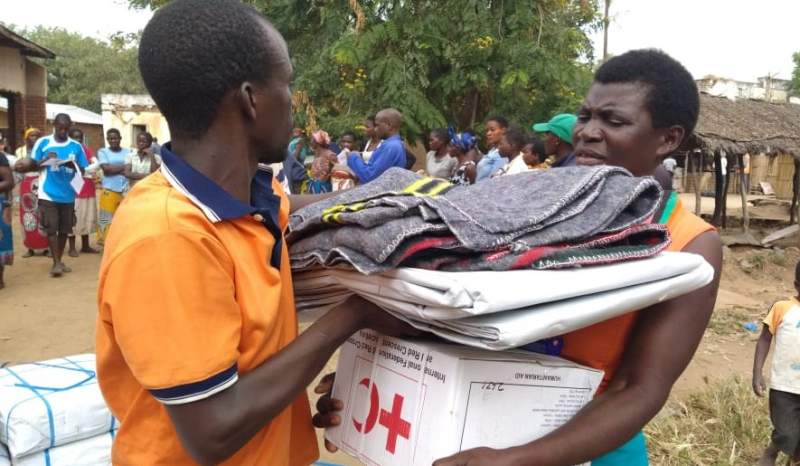 Making the donation on Sunday in lower Neno (Lisungwi) Red-Cross Society Neno District Coordinator, Wanangwa Nkhata, said after their assessment, they found out that 49 households were really affected and were in dire need of shelter and sanitary needs.

"After we received a report that rains have damaged some property here in Lisungwi, we thought it wise to do our own assessment and we noted that 49 houses were indeed affected; hence, these Tarpaulin, soap (bathing and laundry) and kitchen units to restore their lives,” said Nkhata.

The Department of Disaster Management Affairs two weeks ago donated food items to the affected 60 households from a population of 157 people but there was a gap of shelter and sanitary needs; hence, Red-Cross Society's move to assist with such remaining needs.

One beneficiary, Linly Mauya, said the donation came at a right time when their area experiences cold weather and thanked the Society for the timely rescue.

"This donation is timely as it will alleviate our suffering in terms of lack of shelter and kitchen until which were damaged during the disaster. We thank God and hope that the remaining part will manage it," conclude Mauya.