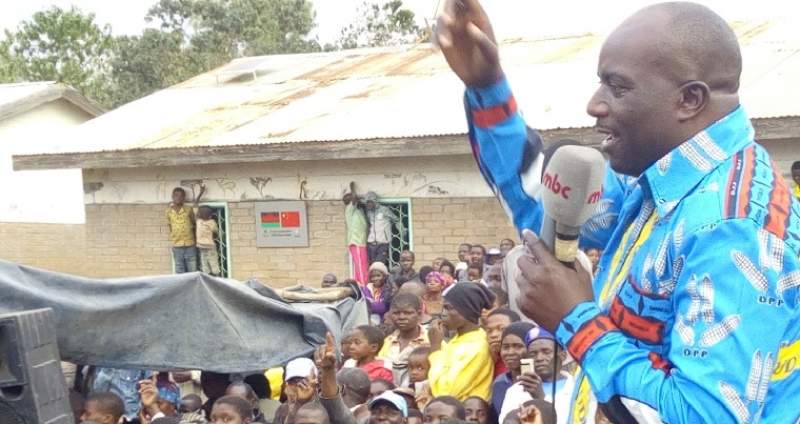 Democratic Progressive Party (DPP) has encouraged people to co-exist with supporters of various parties for peace to prevail during the campaign period.

Speaking to Zodiak Online Sunday in Phalombe, DPP regional governor for the south, Charles Mchacha, said lately there have been reports of pockets of violence in some parts.

"During this campaign period people are fighting each other and DPP as a party does not promote violence," said Mchacha.

He was speaking at Migowi Primary School in Phalombe during a political rally.

Mchacha urged people to vote for the DPP/UDF torch bearer, Peter Mutharika, for continued development initiatives in the country.

In his remarks, United Democratic Front governor for south, George Mpombwe, challenged people in the district to vote for president Peter Mutharika to continue developing the district.