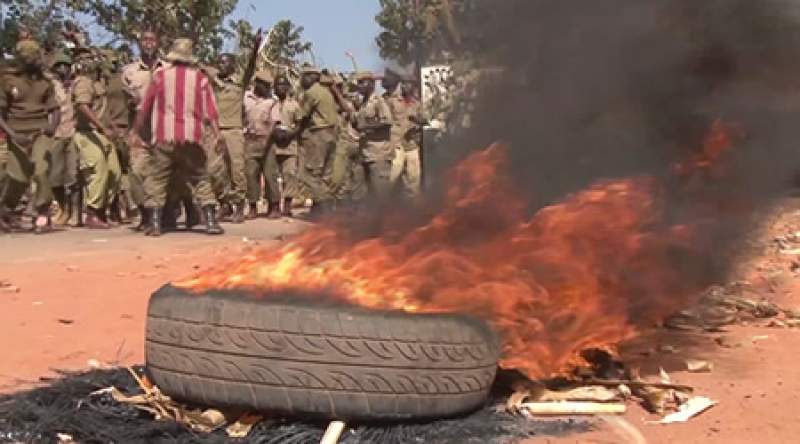 - Prison officers in a previous strike

The Malawi Prison Service has fired six of its officers from different stations prison, authorities have confirmed.

Malawi prison service national spokesperson Chimwemwe Shaba has told Zodiak the six, including some from Zomba Central Prison, have already been communicated of the development but refused to give reasons for the dismissals.

"It is true that the office of chief commissioner of upon directive from Prison Service Commission has dismissed some officers but we cannot discuss disciplinary matters in the media but the concerned officers have been communicated,” said Shaba.

However, some prison officers have told us the dismissals could be connected to the recent industrial strike by junior prison officers as well as the prison breaks that have been happening in prisons such as Zomba central.

They have also accused management of failing to consider the fact that Zomba Central Prison is old, making it easy for inmates to escape.

A letter Zodiak has seen addressed to the Chief Commissioner Of Prisons, the junior officers are accusing prison service leadership of making decisions without considering procedural fairness and humanitarian grounds and urged the prison chief to rescind the decision to dismiss the officers.

They have also demanded the transfer of Officer in Charge of Zomba Central Prison whom they accuse of being responsible for the alleged unfair dismissals.