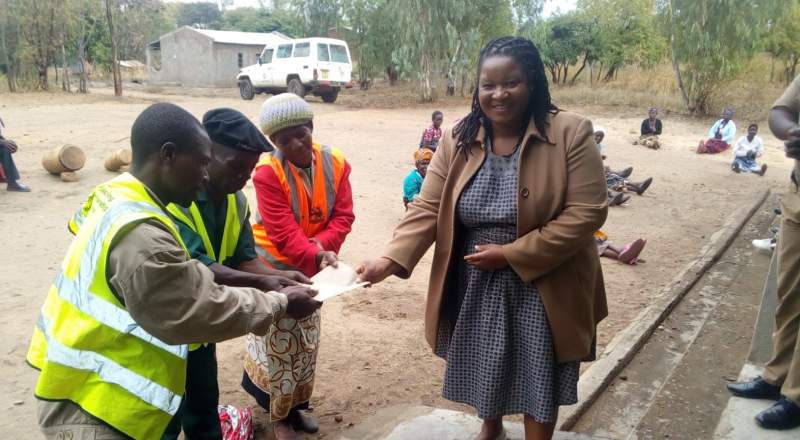 Police in Neno district with the help of VALE logistics has awarded community policing forums in the district for their outstanding work in protecting rail lines and reducing crime among the communities surrounding the lines.

Speaking to Zodiak Online on Friday, Neno Police Head of Operations, Superintendent Mavuto Banda, said crime along rail lines have been reduced tremendously due to good working relationship that exists between the police and members of the community policing.

"In this first quarter, we haven't registered any crime related to vandalism of rail materials or theft of locomotive gas; all this is due to our community policing forums that are always on the lookout," said Banda.

In his remarks, Traditional Authority Mlauli, in whose area passes the rail from Mozambique, commended Vale Logistics for recognizing his police forum with a cash prize of 90 thousand Malawi Kwacha, saying this will motivate them to do more.

Bester Tamanda of Chasesa Policing Forum called to the attention of the police and Vale Logistics on a number of challenges the forums are facing, saying the lack working materials.

“For example, during this cold season and rainy period, we lack rain courts and boots; as such most members do not come to work especially at night. We also receive insults from certain protected families when they commit a crime," said Tamanda.

In response, Child Protection Officer for Neno police, Sub-Inspector Austin Kamwendo said his office together with Vale logistics will sit down and find a solution to the concerns while advising the teams to persevere as security people face tough times.