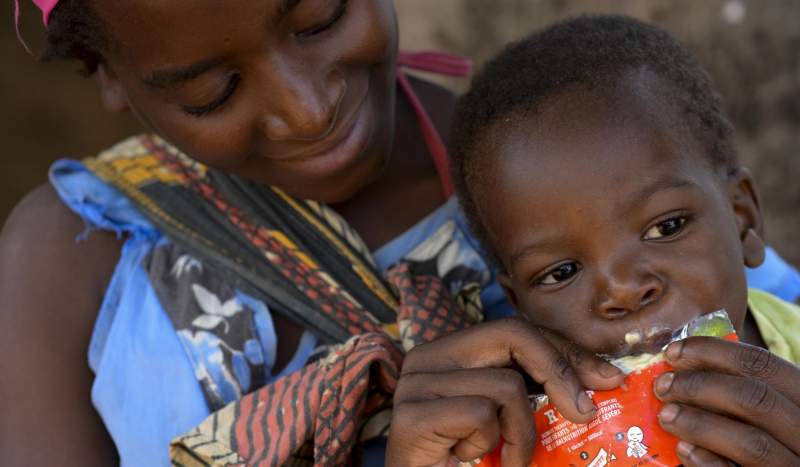 World Food Program (WFP) had been providing nutrition support to the country’s district hospitals up until late last year pic courtesy of un.org

For two decades, World Food Program (WFP) had been providing nutrition support to the country’s district hospitals up until late last year.

The support which was corn soya blend commonly called Likuni phala was for those with moderate malnutrition conditions.

But now there are fears that the support cut will lead to increase of acute malnutrition cases requiring Ready to Use Therapeutic Food (RUTF) commonly known as Chiponde after failing to treat moderate conditions.

In an interview with Zodiak on Tuesday, WFP Head of Communications in Malawi Badre Bahaji attributed the suspension to lack of funding towards procurement of specialized nutritious food for health facilities.

“Though there is sharp decline in Global Acute Malnutrition as the July, 2019 Standardized Monitoring and Assessment of Relief and Transitions (SMART) survey found, stunting which is a sign of acute malnutrition remains high in Malawi currently at 37%,” said Badre.

He however said WFP will continue supporting the government’s efforts in resource mobilization towards the fight against malnutrition.

Health rights activist Maziko Matemba said it is unfortunate that WFP cut its nutrition support to some district hospitals as malnutrition is still a health challenge in Malawi.

“We pray that WFP donors rescind their decision and resume their nutrition support towards district hospitals until Malawi Government demonstrates its capacity to manage the nutrition service otherwise malnourished people mostly children will suffer,” said Matemba.

Spokesperson for the Ministry of Health said he will comment on the matter later.