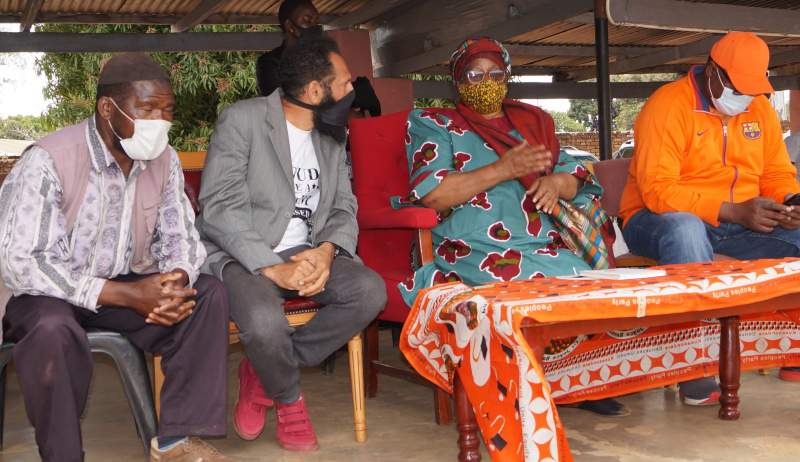 A cabinet minister has urged religious institutions to use religious events such as Eid ul Adhuha to promote unity among people of different denominations.

Roy Kachale Banda, minister of industry says despite differences in religious beliefs, people of Malawi are one and have a lot in common hence the need to be united.

Kachale made the remarks Saturday at Msigalira in Zomba Malosa constituency when an Egyptian Hamza Sayed distributed meat to Muslims and Christians in the area as part of Eid Ul Adhuha cerebrations.

"We also would like to thank God because here in Malosa Zomba we have peaceful co-existence between Christians and  Muslims as you can see the distribution did not take account whether one is a Muslim or Christian but was distributed because we are people who live together, this must continue" said Kachale.

One of the recipients Halima Kasaka from Mkwera village thanked the minister and Hamza for support.

Former President Dr Joyce Banda witnessed the distribution exercise which was conducted under strict covid 19 preventive measures which include restricting the number of people to enter where the exercise was taking place at a time.