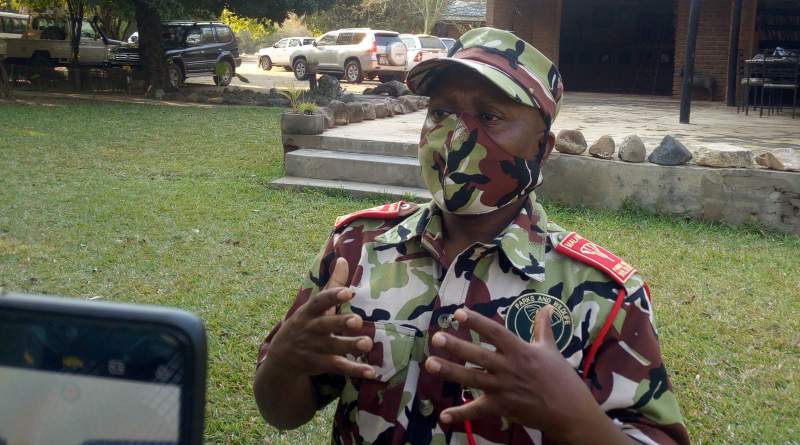 Dr. Usi goes for dialogue than use of force - pic by Christopher Sande

Government has proposed that there should be a realistic dialogue between wildlife officials and surrounding communities in order end hostilities in Lengwe National Park amid growing incidents of encroachment.

Minister of Tourism, Wildlife and Culture, Micheal Usi, told Zodiak after touring the Park on Tuesday afternoon that use of force to drive away encroachers would just worsen the situation which will eventually have huge negative impact on natural resources conservation.

"I am very worried with the current situation in Lengwe. But we need to seriously engage the people to end the encroachment," said Usi.

Currently, people are farming on over 38 hectares in Lengwe and one hectare in Mwabvi Game Reserve where they are growing various crops including maize.

Shire valley Transformation Program Community Development specialist Dr Stanley Khaila says they are carrying out various interventions to improve livelihood of people around Lengwe to ensure that they avoid encroaching the park.

"We are promoting fish farming and tree planting in various villages around Lengwe," said Dr Khaila.

One of the game rangers, Aubi Kadewere, asked government to recruit additional rangers, construct houses, improve the road network and commissioning the wildlife department to be running its affairs independently.

So far, 26 people have been arrested for encroaching, cutting down trees and killing buffaloes in Mwavi and Lengwe.