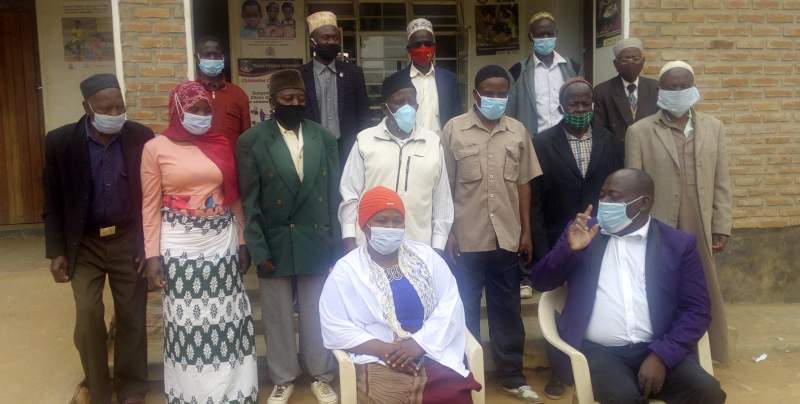 Some traditional leaders in Mangochi have praised and decorated their district commissioner for creating an environment they assert will give them zeal to contribute well on issues of development in the district.

The chiefs separately commended Dr. Raphael Piringu when he visited their headquarters as part of his familiarization tour where some described the visits as historical, saying it has never happened before with other DCs.

Dr. Piringu, who is almost three months old in the district is meeting with the chiefs from the ranks of group village head to senior chiefs where a number of things are discussed including issues of Covid-19, good governance, child marriages, early pregnancies, gaps at the council and development.

Speaking at his headquarters, Senior Traditional Authority Chowe, said it’s a privilege to some chiefs like group village heads to interact directly with a DC, which is a very welcome development as it will also clear some mist between the traditional authorities and their subordinates.

“We really are welcoming this development because this is the first time that a DC has made a visit to this headquarters and address the group village heads,” said Chowe.

After visiting his Majuni headquarters, Traditional Authority Bwananyambi also welcome the development saying it will help iron out some governance challenges that exist due to misunderstandings by some chiefs.

Traditional Authority Bwananyambi also described the visit as timely, saying it will reinforce trust with her subordinates.

“You know am new, the coming of the DC to my headquarters will strengthen the trust that is growing between me and my chiefs, since they had an opportunity to ask questions in areas they don’t understand when I told them, and the DC has clarified,” said Bwananyambi.

Piringu described the visits as educative and informative as he was able to learn and understand some gaps, potentials from the traditional leaders that his office can capitalize on to develop the district.

“Mangochi can contribute significantly to the economic growth of the country through tourism, farming and other areas but this is not possible when chiefs are left out,” said Piringu who said will be meeting chiefs quarterly apart from an online ‘WhatsApp’ forum for chiefs which has been created for instant updates and in other clusters.