Southern Africa’s Dream to Women’s Access to Land; Dead in its Track 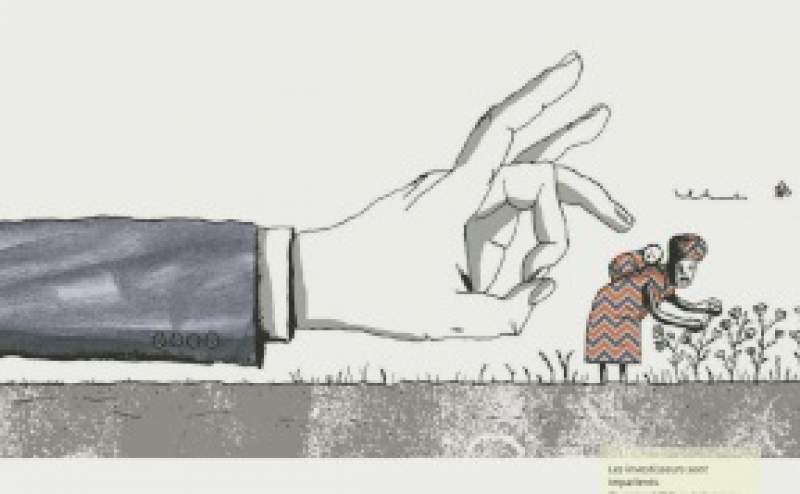 “It is trite that customary law has a disproportionate discriminatory impact on women when compared to men,” writes a Zimbabwean international human rights lawyer and researcher, Dr. Makanatsa Mokonese.

She wrote in her “Customary Law and its Implications on the Enjoyment of Human Rights by Women in Southern Africa: A Focus on Botswana, Lesotho and South Africa.”

It is a sad reality that many southern African countries dream of empowering their women to acquire customary land, but only on papers.

On Wednesday 19 August, 2020, Dr. Makonese addressed a group of over twenty journalists from the countries in the Southern Africa Development Community (SADC) on Reporting on Women’s Customary Land Rights in a webinar.

“We are talking about formalization here because most of the time in many of our countries, customary law is not written down and is subject to interpretation by whoever has it at that point in time.

“It might be families when deciding issues of inheritance or traditional leaders when dealing with issues of allocation of land,” she said.

According to Dr. Makonese, some countries in the region came up with a formalization process on customary land so that procedures are followed when one needs to access customary land.

“In this way, Botswana has come up with land boards; Namibia as well. Swaziland at the moment has now a land bill in place where the issue of discussing provision for land boards in the country is on the table.

“The whole idea for this is to remove the concentration of land control in the hands of individuals and most of these in most of our countries are the traditional leaders or family leaders,” she said.

All this aside; there is also a problem of the law application on the ground.

She said; “we also realized that in reality, in those countries, those women face challenges at the local level especially when dealing with family situations or dealing with traditional leaders who despite availability of these laws are not prepared to interpret laws in a positive way in a way that encourages recognition of these rights,” she said.

Dr. Makonese cited e-Swatini, formerly Swaziland, as apparently one of the countries with constitutions in the region that provide women’s rights clearly and also provides the right of women to be allocated land on the basis of equality.

“But what we see on the ground in e-Swatini is that traditional leaders take a lot of control in making decision about allocation of land. In few instances, those cases are taken to court. This is in many instances because of political influence traditional leaders have in the region.

“At the end of the day, they are allowed to flout the law and do things outside the provisions of the law without much censorship from government because of the political roles attached to those traditional leaders. That is the challenge that needs to be addressed,” she said.

When Malawi Parliament passed the Customary Land Bill into law four years ago, civil society, government and women groups touted the law as a gateway to women empowerment in access to customary land.

The then Minister of Lands, Housing and Urban Development, Atupele Muluzi, said the law will empower women in production as they will be able to access customary land, just like any other vulnerable groups of people.

“Women contribute 70 percent of agriculture production in the country. It is, however, sad that these women face numerous challenges to access land which is crucial factor of production.

“This new law provides for establishment of land committees where women will be equally represented just like men. We hope this will help to address the situation,” he said.

Section 44 of the Act provides for establishment in every traditional land management area, a customary land tribunal to adjudicate on any disputes concerning customary land in the area.

The law goes further in providing for Customary Land Management Committees with 3:3 equal representation of both men and women.

"The Committees shall have a quorum of people with at least two of them being women," reads Section 44 (6).

Section 48 of the law states that "there shall be Central Land Board" consisting three traditional authorities from each region, one of whom shall be a woman.”

The law is an add on to the constitution that set aside a bill of rights, guaranteeing equal enjoyment of human rights by both men and women.

Programs Manager for Circle for Integrated Community Development (CICOD), Edward Thole, says "If land is registered under customary laws, issues of land grabbing will be resolved.

"People should know and register their lands. Tribunals should be there to verify the boundaries," he says.

Constitutional lawyer, Dr. Bernadette Malunga, says besides the land law, the supreme law, constitution, enshrines right to own property, land inclusive, by an individual or collectively.

She says the coming in of the land law cemented the women's right to access customary land as property.

"When a family wants to sell land, it is now by law that a consensus be reached by both husband and wife. This means women now have the voice on issues about customary land. This is extended to registration and certification of the particular land," she says.

This is echoed by gender activist, Emma Kaliya, Executive Director of Malawi Human Rights Resource Center, who says that the Customary Land Law is relief for women to enjoy their right to access to land.

"I remember there was a case in Chitipa district. A woman's husband died and brothers of the deceased were refusing the widow land she acquired together with her late husband.

"The matter was then taken to court using the new law. She won the case and the land was later given back to her," says Kaliya.

It is a sad reality that majority of women continue to suffer land grabbing in a country that has good laws to protect them from the vice.

Salome Nkalawire from Neno district told Reuters, two years after the law was passed, that she lost the small plot of land the couple had bought together and farmed in Mwingitsa village, southern part of the country.

“When her husband passed away, Nkalawire’s relatives would not allow her to keep the plot because cultural norms dictate that widowed or abandoned women cannot own land, even if they have a legal claim to it,” writes Madalitso Kateta of Reuters.

Edward Thole of CICOD feels the country has big duty to take the law to the people especially in rural areas.

“As the law’s name suggests, the land is managed under customs. Malawi has many customs. All these can be categorized into patrilineal and matrilineal. How these customs are applied are different in different tribes. That is why there is still a big challenge in implementation of the law.

"Government has a big task to make its citizens aware of the law. Those land management committees need to be empowered and trained on land issues. These are the people in close contact with the people in the villages," he says.

Dr. Malunga, the law expert, asks whether government has a plan to empower the land committees to be performing their duties effectively.

“We have not heard that government is doing this. We need to find out if this is being done to protect women and other vulnerable groups from land grabbing.

“If government does not enforce the law, then the law will be meaningless. The country may be seen as making progress in empowering women to access land and yet the law is useless,” said Dr. Malunga.

She added; “if we look at the current situation, people are still buying land in the villages from the chiefs without the land management committee involved. This is evidence that the law is not fully enforced. The law should not just be on the paper only,” she added.

The sentiments are shared by Emma Kaliya who says that “laws without enforcement are nothing.

“There is a need to go back and start all over again in enforcing this law. There was no awareness made about the law. We made noise to have this law in place; we need to make the same noise to make sure that the law is enforced.”

Mtambo acknowledges that the country is good at making good laws but fails to enforce them.

“Let me acknowledge the truth that there are indeed gaps in as far as the land law is concerned. Women are not in the know and do not understand the benefit of the new law. This is not peculiar. It has been a practice in Malawi that laws are just formulated and are left to gather dust.

“We have a concept to take government programmes, special laws and even development agenda closer to the people. It is only when the people understand the laws that they can ask for accountability. Civic education will be focusing on that nature.

“We will have legal literacy program so that we civic educate our people on the laws. I would like to assure the citizens that these are some of the priorities we are going to make,” he said.

Minister of Lands, Kezzie Msukwa, admitted that the new land laws continue to meet resistance from some stakeholders in the country.

Msukwa told journalists under Nyika Media Club in Nkhata Bay district during a familiarization meeting that “government has been piloting implementation of the law in some districts.

“We have been engaging various players including the media to ensure that there is adequate exposure of the implementation gaps.”

The minister then called the media to help in making the law known to the masses for its effectiveness.

Dr. Makonese challenged the journalist that “there is a need, I think, to make sure that even in countries where those laws are in place, go beyond the laws and what we see on the face of the statutes or papers to try to understand what is happening on the ground.

“Most of the time, despite these legal protection, women find it difficult to contest decisions that are made that do not favor them.”