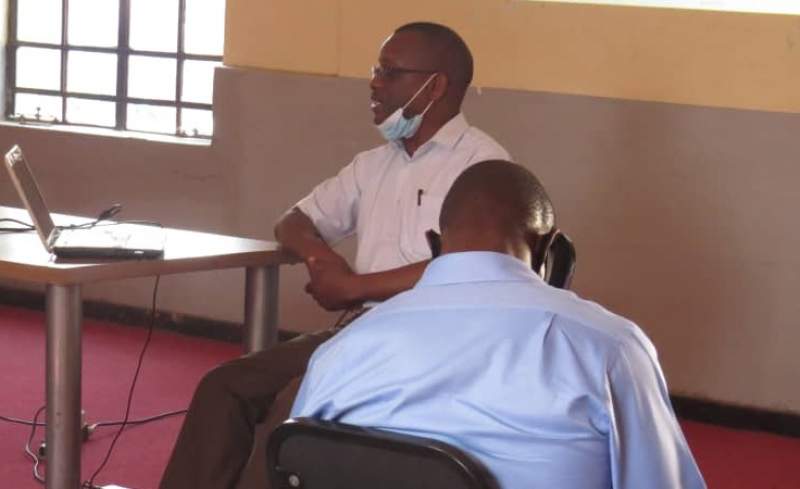 The Diocese of Chikwawa of the Catholic Church through its Social Services Directorate has launched a multi-million-kwacha project, termed ‘Ana Patsogolo’ (APA), with an aim of preventing new HIV infections and reducing vulnerability among Orphans and Vulnerable Children (OVC) and Adolescent Girls and Young Women (AGYW) in Chikwawa district.

The project, presented to the District Executive committee on Monday, seeks to among others build capacity for Caregivers, Vulnerable families and Health Workers to collaboratively look into the plight of the OVC and ADYW.

Speaking when presenting the project, the Project Assistant Manager, Lewis Msiyadungu stated that the 5 years Project is targeting at least ten thousand OVC and AGYW aged between zero to eighteen.

"We will facilitate assessment of HIV positive children and women in the age range of zero to eighteen. We will work with schools, community groups, and faith-based networks.

“We are also focusing on addressing cases of sexual violence and GBV among OVC and AGYW which are quite alarming in the district as well as enhancing child protection systems by among others building the capacity of local organizations," said Msiyadungu.

Commenting over the development, The District Director of Planning and Development, Thokozire Ngwira expressed high hopes over the Project saying the district is already alarmed with high cases of GBV and rapid spread of HIV.

She also urged district stakeholders to render all needed support towards a smooth implementation of the project.

The APA project is being implemented in partnership with World Education Inc/ Bantwana with Funding from USAID and PEPFAR.

The Project is also being implemented by other Local NGOs in the districts of Chikwawa Mulanje, Phalombe, Machinga, Thyolo, Mangochi, Blantyre, Zomba.