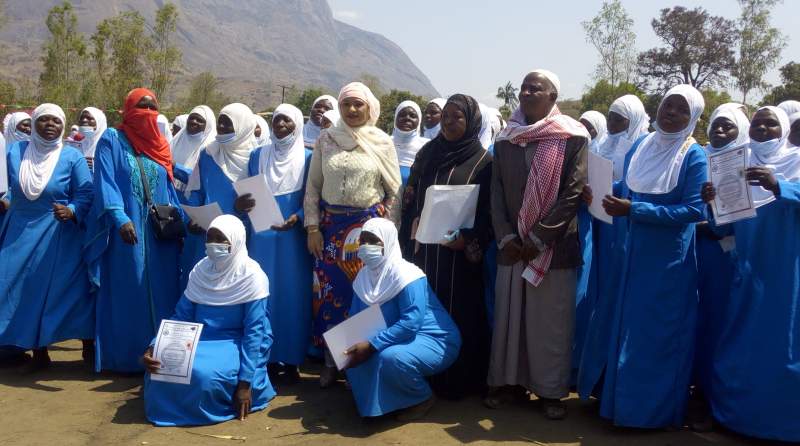 An Islamic organization At-Tariquatal Quadriyyah Sunni Association (AQSA) says it will distribute 3, 600 sewing machines to women across the country this year as it strives to empower women economically.

And on Sunday, 40 women at Kambenje the organization distributed 40 sewing machines to AQSA National Administrator Muhammad Hussein said the 40 are among 3, 600 women to benefit from the donation this year across the country.

“We realized that most women are too much dependent on the husbands and this compelled us to come up with this initiative to empower the women economically,” said Hussein.

Abida Mia who is Deputy Minister of Lands, Housing and Urban Development thanked AQSA for the initiative which she said will contribute to poverty reduction among the beneficiaries and communities they live.

“Let me advise you women to continue respecting your husbands and not destroy your marriages because of these sewing machines. The machines you have received today should help build your marriages stronger,” said Mia.

According to Hussein the beneficiaries of this initiative are both Muslims and non-Muslim women.

During the event, the women were also presented with certificates in tailoring and designing after undergoing a 12 month training.

Last year the association donated 2316 sewing machines to women in various parts of the country.