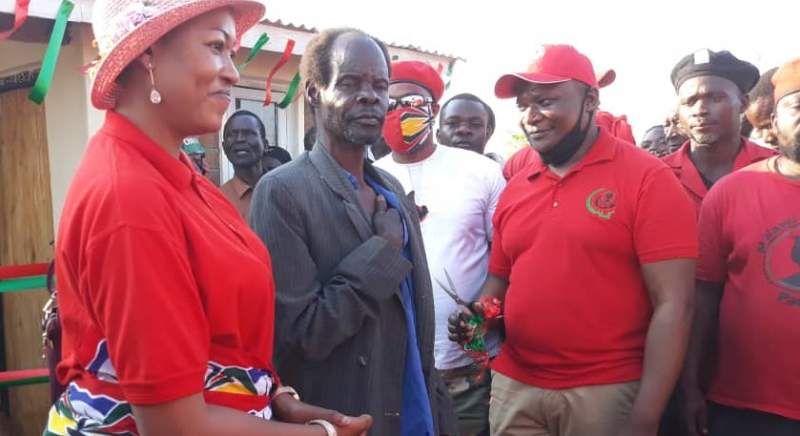 62 year old Richard Nyalugwe of Mbalu village in Balaka north was all smiles Monday afternoon when parliamentarian for the area Tonny Ngalande handed over keys of a new descent home.

Nyalugwe has for the past five years been living in a hut without roof. It is something nobody would comfortably call a house.

He says he has struggled with different illnesses due to direct exposure to sunshine, cold weather and rainfall.

"I cannot believe the shift from my old shelter to this new home.

"I see God and am speechless," said Nyalugwe.

Member of parliament for Balaka north constituency Tonny Ngalande says he was deeply concerned when he was within the village to see the condition of Nyalugwe's shelter.

"I was prompted to build something decent and am glad to have managed up to this far," said Ngalande.

He says this will be an ongoing initiative in an attempt to bail out several others like the elderly and child headed who have nowhere to run.