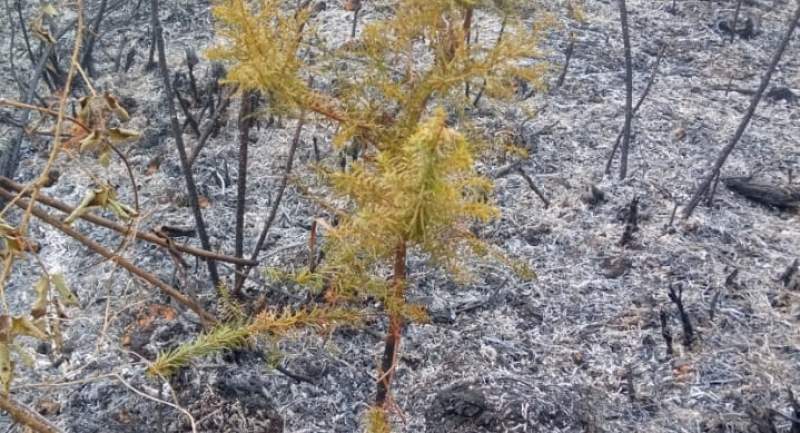 Cedar down to ashes - pic by Hastings Jimani

At least 60 hectares of newly planted cedar trees in Mulanje Mountain Forest Reserve have been destroyed by bush fires in the past two years.

Biodiversity Conservation, Research and Monitoring Officer for Mulanje Mountain Conservation Trust (MMCT) Ibrahim Mitole told us on Wednesday that since 2009, the wild fire has been destroying between 10 and 15, 000 hectares of trees in the forest reserve.

“2020 has been a challenging year to MMCT and District Forest Office in bushfire management as started as early as April in the Mulanje and now the fire has reached its climax,” said Mitole.

Mitole said MMCT has been supporting the District Forestry Office in controlling the fires.

“Every year between July and August we employ people to control the spread of fire in the Mountain and this year the firemen were deployed to early August and they are still there,” said Mitole.

“Unfortunately these fires are deliberately caused by hunters, charcoal burners and in low-lying areas through farming activities,” said Mbingwani.