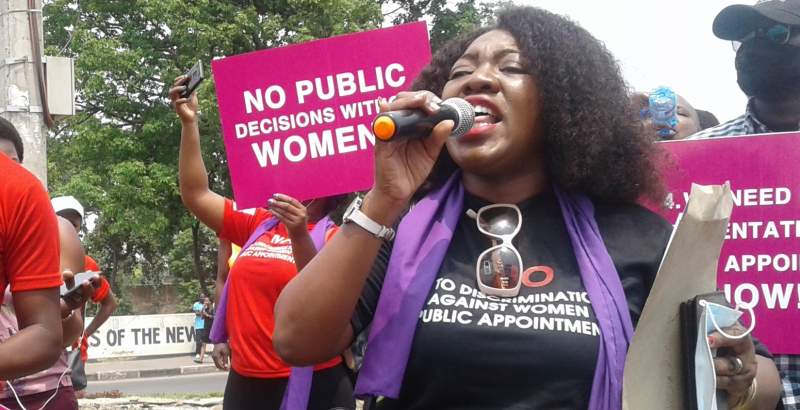 Women in Malawi on Friday took to the country’s streets to march against gender disparity in public appointments.

Leading the protest in the country’s commercial city, Blantyre, representative of Women Manifesto Movement, Maggie Kathewera Banda, said public appointments are a legal requirement and not a form of political appeasement.

The marchers walked from Clock Tower to Blantyre Civic Office where they presented a petition.

“Not very long ago, on 23 September this year, the nation woke up to the news that appointments into 67 parastatal boards were made and that about 80 percent have a registered representation of women ranging from zero to less than 40 percent.

“Up to 10 of the boards do not have any female at all and only 7 of the 67 boards have female chairpersons,” said Kathewera when she was reading the petition.

“We are and will therefore keep demanding that the President defends and safeguard the constitution he swore to protect by having fair opportunities availed to all citizens on the basis of gender equality and merit.

“Development partners should stand with us to make government accountable and respect the rule of law. The path government is taking now is retrogressive. Women’s rights and gender equality are serious human rights and governance constitutional imperatives and government should not be allowed to undermine laws at will,” reads the petition in part.