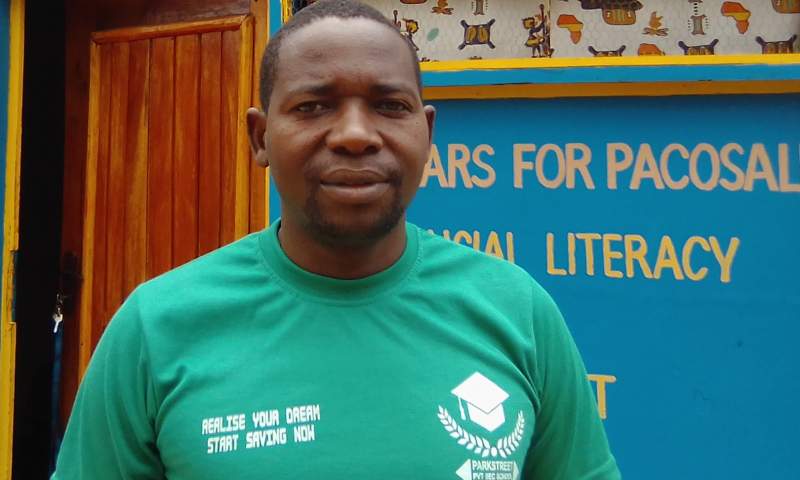 PACOSALI Managing Director Jordan Maloya told Zodiak Online on Thursday that the idea behind this was hatched in 2019 when their survey revealed that most Village Savings and Loan (VSL) groups together with cooperatives were failing to translate their money into investments.

"With that challenge, as PACOSALI we thought it wise to start training these groups on financial literacy so that they invest with the little they have and at the end be able to transform their businesses and lives," said Maloya.

Maloya further said that their target is people who have capacity and capabilities to save such as VSL's, farmers, those in cooperatives and individuals.

He notes that most of these groups only lack a direction on how to save and invest hence a need to impart some financial literacy into them.

Attesting to the fruits of the initiative, Jonathan Kapakasa of Makungwa Cooperative said he utilized profits from their six hundred thousand Kwacha loan they got from PACOSALI to build a decent house.

"I borrowed two hundred thousand Kwacha from our cooperative and invest it in my business. With the guidance of PACOSALI I built this house and repaid my loan", he said.

Chrissy Lafael from Ligowe also benefited from PACOSALI saying she's now an independent woman after venturing into motorbike tax and house for rent businesses with money accessed from PACOSALI.

"Most of us didn't know how to translate our money into something tangible, but with PACOSALI we are becoming investors and our lives are better off now", she said.

As a measurement of output, the initiative gives out loans to the people and financial groups it train so that they invest and pay back at a low interest rate of five percent after four month as a way of motivating them.

PACOSALI Managing Director Jordan Maloya also say plans are underway to bring in to Neno a vocational training school, that will empower the youths for free in hard to reach areas with technical skills.

"We have procured forty heavy sewing machines that will be stationed in all the four Traditional Authorities of Neno but the challenge is road network, we are unable to transport them", concluded Maloya.