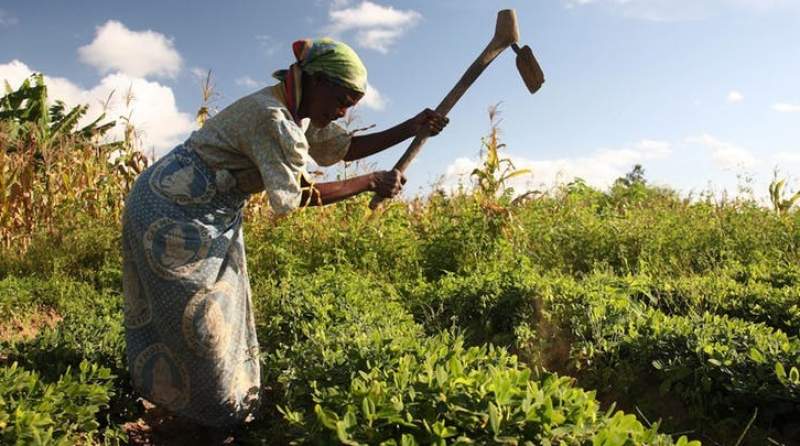 Land is one of treasures Malawians can boast about. Oxfam reports that “out of Malawi’s 9.8 million ha of land, only 5.3 million ha is considered suitable for cultivation. Of this, smallholder farmers have access to approximately 1.8 million ha of land while the rest is under estate farming.

According to Oxfam, 89% of the population directly depend on subsistence agriculture and access to land. As a result, secure land rights are crucial for both development and poverty reduction.

However, it is a tall order for women in this agrarian Malawi to access land for production and development.

Malawi has matrilineal and patrilineal systems of marriage. Both systems, unfortunately, leave women with few or no independent rights to property due to the mixture of traditional customs and market economics.

When a husband dies, the property he leaves behind may be grabbed and/or even its use rights may be disputed by the wider family, leaving his widow and children with nothing and having her to move away from the marital village or residence.

In Chiwalo village, we find a 45-years-old Rose Sitima. This is in Malawi’s southern district of Phalombe. She is a widow of six children.

When her parents died in 2018, Rose suffered consequences of land grabbing. Relations of her father, especially uncles, grabbed the land she acquired from her parents. She has been relying on the land for survival her whole life.

“You can hardly survive here without land for farming. I used to do piece works in other people’s fields. That pained me a lot.

“Imagine working in somebody’s field when mine was grabbed. It was not easy to feed my children. I used to take my children with me when going for piece works. They took advantage that I am a woman to grab the land,” she said.

She added: “I used to harvest about forty 50 kilogram bags of maize from the land. This is enough to feed my family.

“Besides that I also grow rice in other fields which I bought on my own. They did not grab that land because I bought it myself. My worry was on the grabbed land because that is where I get staple grain, maize.”

One day, Rose was chatting with her fellow when she shared her story.

“During our chatting, my friends told me about a women’s forum that they can help me on the case. I reported the matter to the Forum and they intervened.

“They summoned the people for mediations but the discussions yielded nothing at first. They did not back down. They initiated another discussion and finally we triumphed.

“My case was concluded last week and they gave me back the land. I have now started cultivating for this year’s growing season. This is victory to me. I never knew I would retain the land. I am very grateful to these women,” she said.

Born in 2008, Phalombe Women Forum aims at solving issues that impinge on women’s rights in the district and surrounding districts.

The Forum’s director, Gloria Thondolo, says “in 2020 alone, we have managed to resolve six complaints of land grabbing against women. Rose’s case was the latest to resolve. The challenge that we face is that most women keep issues under wraps. They keep secrets.

“Issues that dominate here concern land grabbing when husbands die. We have managed to resolve some of these issues successfully. It is important that women acquire land for their development.

“Here in Phalombe, most women rely on farming for subsistence and commercial purposes. It is almost murderous to grab their sole capital from them. We help them to acquire land and make sure that they register that land,” said Thondolo.

This is one of many cases of land grabbing in Malawi, especially customary land.

Bordering Phalombe to the north is Chiradzulu district, home of Mary Manyenje.

Mary Manyenje lived with her parents at Namitambo for over forty years because that is where her mother got married. When her parents died, she had been using the land she acquired from her parents for twenty years.

Property lawyer, Kuleza Phokoso, narrated to Zodiak Online that “after the death of Manyenje’s parents, her uncles chased her away, saying she should go back to her mother’s home village with an intention to take ownership of the land from her.

“Manyenje took the matter to Namitambo Magistrate’s Court but she lost the case based on customary laws. She later appealed the case to high court where she won in March, 2020 based on the rights enshrined in the Constitution of Malawi.”

The court ruled that moving forward, no land shall be acquired based on traditional laws in any particular area but the Constitution, a development Phokoso says is a relief to women’s rights to access customary land.

“From the day of the ruling, ownership of land that is acquired by women in any area across the country will not be changed in any way; whether a husband dies or in times of divorce, regardless of the traditional laws.

“Even children born in that particular family will own that land in an event that parents have died or whatsoever. Anything contrary to that will be violation of Section 28 of the Constitution which accords one’s right to property,” he said.

To help averting land grabbing issues, Phalombe First Grade Magistrate, Damson Banda, called on the people in the district to develop and tame a culture of writing wills.

A non-governmental organization, Habitat for Humanity Malawi, has embarked on an initiative to train traditional leaders and their subjects on Wills and Inheritance Act in an effort to protect their property.

Phalombe District Coordinator for the organization, Steven Makombe, says that “we want to empower the communities with knowledge on the Act to curb cases of property grabbing among our beneficiaries. We will assist them to get land certificates to secure their property from grabbing.”

These are the women who produce about 70% of food for local consumption. It is, therefore, paramount that Malawi promotes women’s access to land rights by doing away with barbaric tradition that the country prospers in making its citizens food secure; otherwise, Malawians will keep begging.