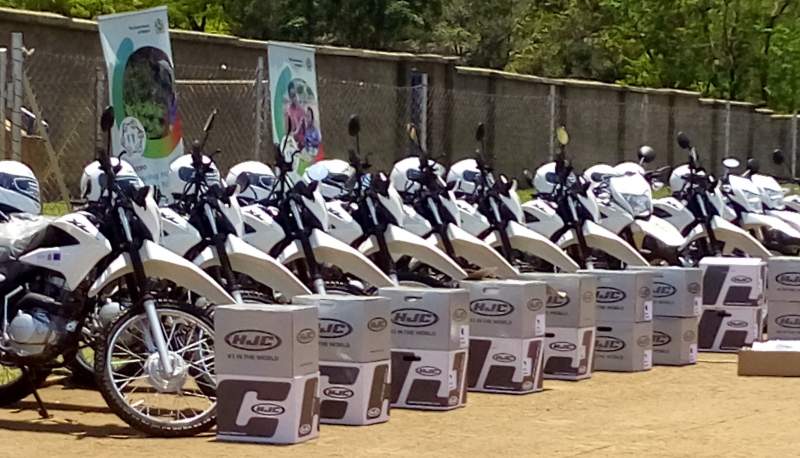 The Food and Agricultural Organization (FAO) through AFIKEPO and KULIMA programs has donated 27 motorcycles to Mulanje district council.

Making the donation on Friday, FAO District Officer in Mulanje Mischeck Mwambakulu said there was slow progress in the implementation of the two projects in the district largely because of mobility challenges hence coming up with such a donation.

“This is the reason we have donated 27 motorcycles to the district council with 23 going to agriculture office, three to health office and community development office,” said Mwambakulu.

District Commissioner Stallichi Mwambiwa said with such a donation, sectors will have no excuse on their inefficiency in serving people in the district.

“We only can demonstrate our appreciation to FAO by taking care of the motorcycles and using them for intended purposes,” said Mwambiwa.

Director of Agriculture, Environment and Natural Resources at Mulanje district council Yaz Nyirenda said the motorcycles will help the few extension workers the district to cover more than one section.

“Just like any other district, we have inadequate agricultural extension workers here. Currently the extension worker-farmers ratio in Mulanje is at 1: 3000 against the recommended ratio of 1: 1000 farmers,” said Nyirenda.

AFIKEPO and KULIMA programs that will end in 2022 are funded by European Union to the tune of 40 million and 30 million Euros respectively.