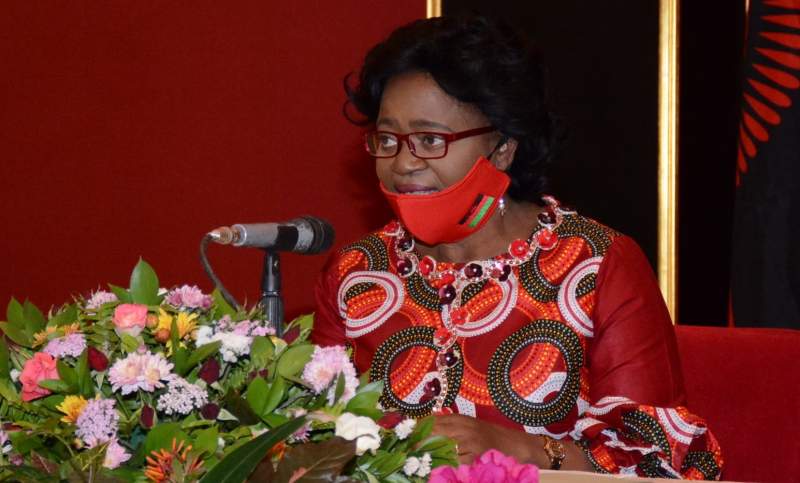 First Lady Monica Chakwera has pledged to fight for dignity and safety of girls and elderly in the country.

She said this Thursday evening at Sanjika Palace in Blantyre following gruesome defilement of an eleven year old girl in Chikwawa and stoning to death of an elderly woman in Dedza.

She said violation of one girl is a violation of every girl, saying this makes all girls unsure of their safety and dignity.

“The ones to stop it are you and me. We all have a role to play to turn Malawi a place where girls thrive. As a citizen, a woman, a daughter, a mother, a wife and as a first lady, I pledge to fight for the dignity of our girls. I pledge to support and protect our girls.

“Ever since I watched that video, I have been at pains as I have tried to think what could have prevented this from happening. We each need to wrestle with this question so that this does not happen to another daughter, sister, wife and mother,” she said.

Chakwera extended a call to the general public to join her in the cause, saying the responsibility to protect the vulnerable does not lie in police alone.

The First Lady also condemned the stoning to death of an elderly woman in Dedza on accusation of witchcraft.

She pleaded with communities across the country to seek help from law enforcers and local leaders whenever disagreements emerge among them.

Various quarters across the country have also condemned the acts.