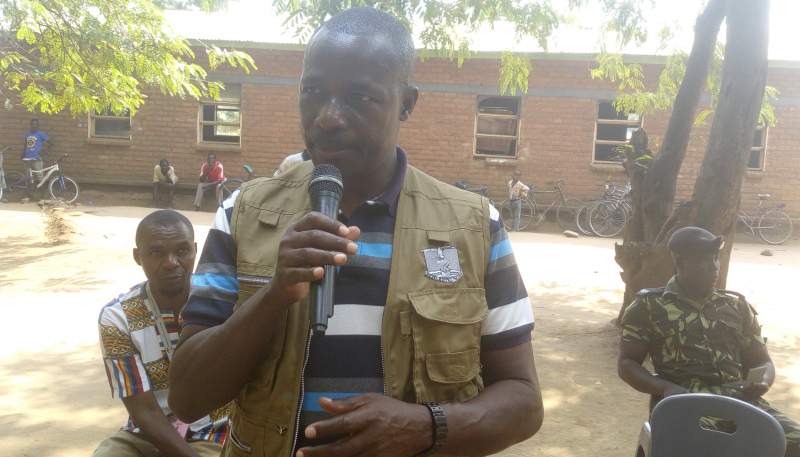 As the Campaign is getting hotter in Makhuwira South ward in Chikwawa, Malawi Electoral Commission (MEC) has asked political parties to avoid political castigation so as to motivate more people to cast their vote on 10 November this year.

MEC Commissioner Steve Duwa told Zodiak on Thursday afternoon after attending the debate for aspirants organized by NICE Public Trust that it is imperative for contestants to stick to issues.

Scores of people gathered at Mitondo primary school to witness the debate for aspirants in Makhuwira South ward ahead of the Local government poll.

Duwa then asked political parties and aspirants to avoid political castigation so that the forthcoming by-election should be peaceful and credible.

"The past elections have been associated with castigation, we do not want that to happen here," said Duwa.

Duwa then asked people of Makhuwira ward to cast their vote on November 10.

NICE Public Trust Coordinator Joseph Chamambala has encouraged community leaders to use all means to make sure that majority of voters cast their vote next month.

"Community leaders have to understand that they have the duty to encourage their subjects to vote. We hope this will happen," said Chamambala.

He added that NICE has employed various ways including door to door visits, bicycle operators, engaging religious, education and traditional leaders to make sure that all eligible voters cast their vote on November 10.

The aspirants in the Makhuwira South Ward by election are Mary Medson for independent, Isaac Hodges for UDF, Francisca Nyangulu for UTM, Henry Tambu for DPP and Lenita Austin for MCP.