Mozambican Arrested Over Theft of Motorcycle in Mj 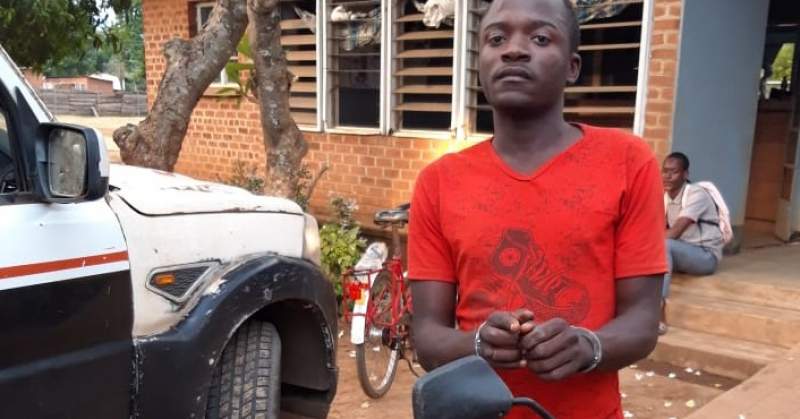 Elias is being accused of theft - pic by Hastings Jimani

A 20 year old Mozambican is in police custody in Mulanje for allegedly stealing a motorcycle at Mathambi trading centre in Mulanje worth K390, 000.

Sub-Inspector Gresham Ngwira said on the night of October 23 this year unknown criminals broke into the house of Benard Mesiya and stole a LIFO motorcycle valued at K390, 000.

“Police in Mulanje here in Malawi and our friends in Milanje, Mozambique launched a joint investigation which led to the arrest of Enasio Elias at Villa in Mozambique and we managed to recover the motorcycle,” said Ngwira.

Theft of a motorcycle charges have been leveled against Elias.