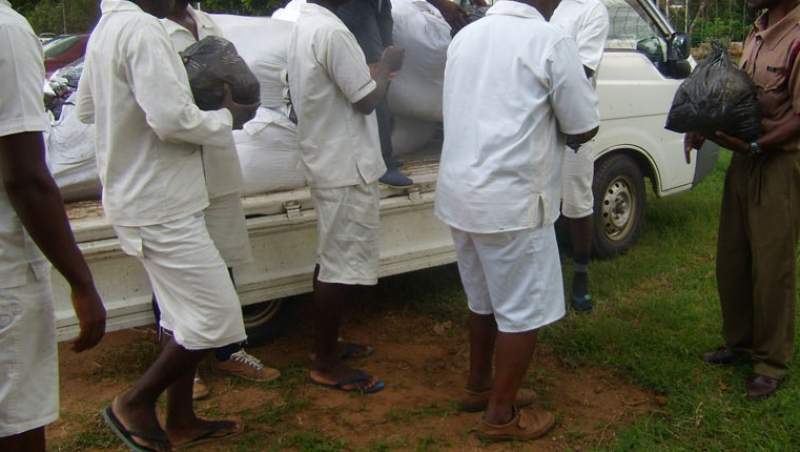 The inmates escaped through the toilet's roof - internet pic

Police and prison have launched a joint operation in hunting two inmates who together with four others escaped from Thyolo prison on Monday.

Southern Region Prison Spokesperson Inspector Julius Magombo says six inmates took advantage of loose iron sheets of the prison toilet to open them and jumped before running away at around noon.

"Some inmates alerted prison warders who were on duty at that particular time and the warders managed to apprehend four while two escaped and are still at large," said Magombo.

Said Tione; "cases of escaping from lawful custody have been leveled against the six.”