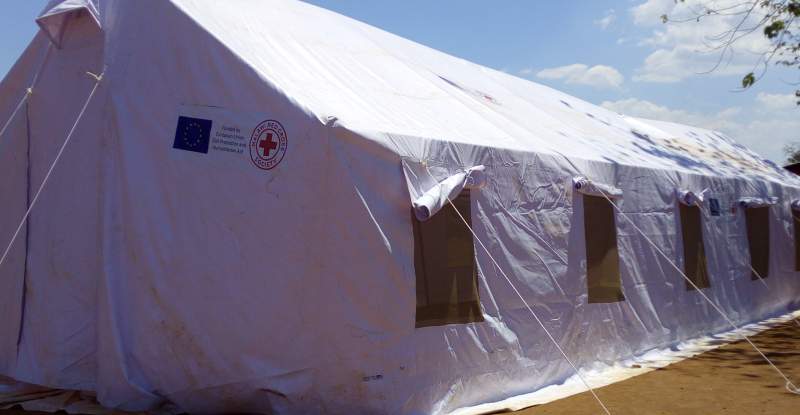 A sigh of relief to learners at Mpala and Supuni Primary Schools in Mulanje whose classrooms were heavily damaged by strong winds three weeks ago as the Malawi Red Cross Society (MRCS) provides tents to the two schools.

MRCS Head of Disaster Management Aston Mulwafu told us three tents have been given to Mpala primary school while one tent has gone to Supuni primary school but he was quick to mention that the tents have not been donated but borrowed to the schools.

“These tents are temporarily provided to disaster affected communities and the schools will use them for three months with hope that within this period, the classrooms will be rehabilitated by either government or other partners.

Chief Education Officer at Mulanje District Education Office Cryton Tambala described the support though temporary as a relief to children who were learning under the scorching sun after the disaster.

“At the council we have a disaster department and through this department we are assessing the number of damaged schools and then we will start looking for funds to rehabilitate all destroyed schools,” said Tambala.

Later the MRCS also donated five big tarpaulins to Glory Community Based Childcare Centre at James village whose roof was also blown off by the winds.

According to the centre committee chairperson Stover Malemba they have 80 children at the centre.

Last weekend, the district also experienced a similar disaster and according to District Relief and Rehabilitation Officer Maria Joseph, assessment on damages is still underway.