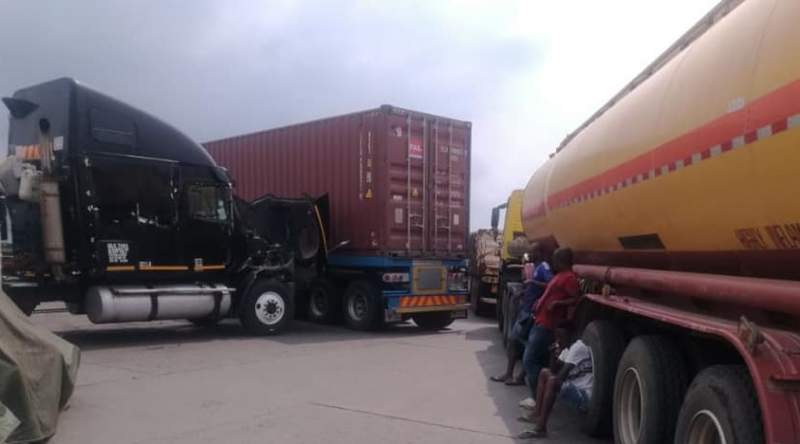 No through road, trucks block the border entries - pic by Pasqually Zulu

Cross border truck drivers have sealed Mwanza border posts in protest to what they say meager salaries among other grievances.

Spokesperson for the border, Pasqually Zulu, says the development has halted operations at the country’s entry point.

“Despite the fact that border operations starts at 6 am, but until now [around noon] no arrival or departure of vehicles has had access to pass through since entry gate have been sealed off by trucks,” he said.

Zulu said random interviews from the protesting drivers indicate that they are not satisfied with the outcome of the resolution that were made by their representatives and government on Tuesday.

“They still insist that issues to do with their salaries have to be looked into as well.

“The drivers further indicated that they are also not satisfied with verbal assurances considering that same commitments were made before but ended up in vain.

This time around, they say that all they are looking forward is a written commitment,” Zulu said

According to Zulu, some foreign truck drivers who wanted to proceed upon finalization of their paper work have been threatened not to dare “until all grievances have been resolved.”

The drivers have been in a sit in until Tuesday when homeland minister, Richard Chimwendo Banda, ordered that fee for passport production for the drivers be reduced immediately.

Following the order, the drivers called of the strike forthwith, saying they grievance has been addressed.