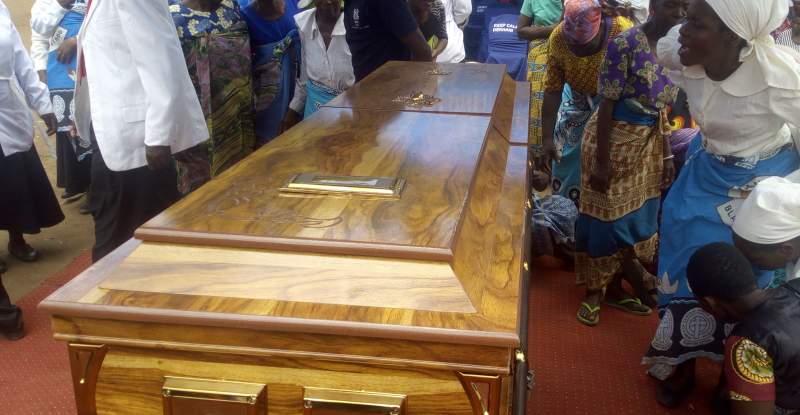 Remains of the late Chimpweya - pic by Christopher Sande

A well-known Photo journalist Late James Chimphweya has been buried with a call to upcoming journalists to emulate a humble, hardworking and corruption free spirit of the fallen journalist.

Veteran journalist Felix Mponda told a huge crowd that gathered at Chinkole village in Chikwawa on Tuesday afternoon that late Chimpweya has left a significant mark in photojournalism and writing religious stories.

He said Chimpweya was a professional.

"The country has lost a man who sacrificed his time to work extremely hard in photo journalism and writing religious stories," said Mponda

"He came from this area and positively contributed to development of this constituency. We have lost a technical man," said Chomanika.

All those that spoke at the ceremony described the fallen photojournalist as a humble, hard worker, honest and corrupt free journalist.

Late Chimpweya has been in the media industry for more than 33 years and was until his death working with the Nation Publication Limited.

He died on Sunday morning at Chikwawa district hospital after he collapsed while on duty at Mfera in the same district due to high blood pressure.

Born on 5 October 1957, late Chimpweya is survived by a wife, nine children and six grandchildren.