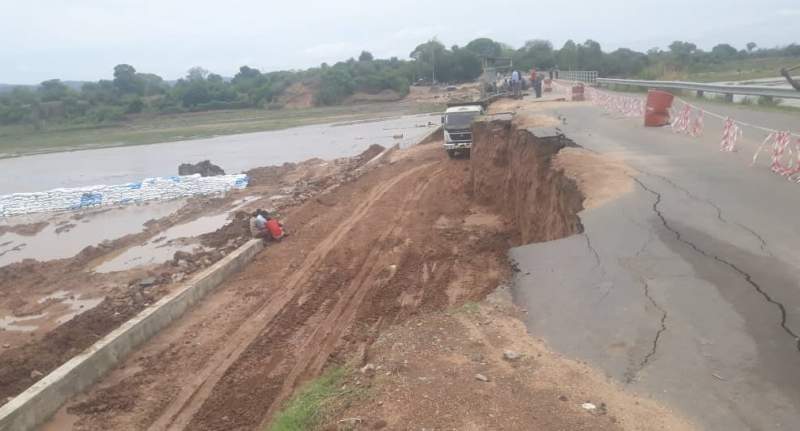 As the Rehabilitation of Chapananga bridge is in progress, the Roads Authority has insisted that the actual structure of the bridge is fit and sound.

Roads Authority spokesperson Portia Kajanga told Zodiak on Tuesday that what got damaged on the bridge by the Cyclone Idai was the embankment which the same contractor who constructed the Bridge, Plem Construction Limited is currently working on.

Opened mid-May in 2019, the Chapananga bridge was damaged by the cyclone Idai raising questions on whether the contractor did a good work or not.

But Roads Authority is of the view that contractor worked very hard on the project blaming the hostile weather on the current situation of the 8 billion kwacha bridge.

"Before commissioning the bridge, everything was okay after inspection. But the high levels of water during the 2019 cyclone Idai were too much. We blame the hostile weather conditions," said Kajanga.

He added that they are using 248 million kwacha from African Development Bank which was left after the construction of Mzuzu-Nkhata-Bay road to rehabilitate the bridge.

Senior Chief Chapananga thinks the current situation should save as a lesson to authorities to take more time and timely allocation of resources when implementing such big projects.