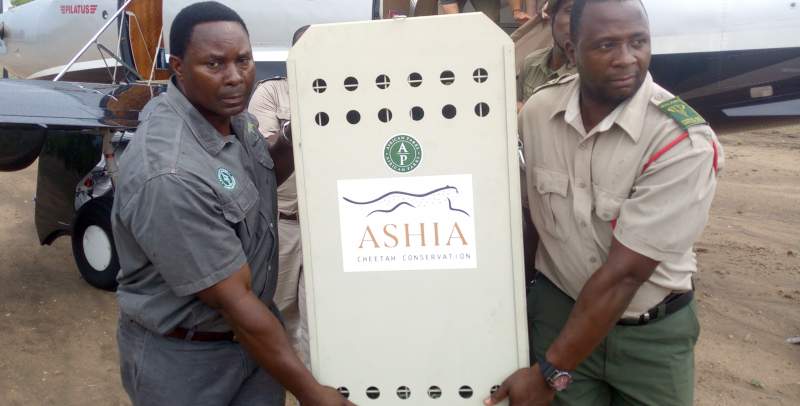 Two female cheetahs have been trans-located to Majete Wildlife Reserve in Chikwawa increasing the number of the endangered species to six.

The cheetahs landed at Majete Air Field at around 2 pm on Tuesday from South Africa.

The Reserve’s Operations Manager, Gervas Thamala, said this means the park now has three male and three female cheetahs which will help to motivate more tourists to visit Majete.

"It is indeed a big boost to Majete to have such animals that were wiped out in Malawi. Such endangered animals are unique.

"Others confuse Cheetahs with Leopards but the difference is that cheetahs have tear marks, a bit slimy and long and do not climb trees," said Thamala.

He added that apart from the transportation and animal capturing costs, about K846, 000 have been used to buy the two cheetahs.

Thamala is upbeat that the number of cheetahs will significantly grow soon and be able to attract more tourists to the protect area.

South African based Carnivore Conservation Program Coordinator responsible for Cheetah, Vincent Van Der Merwe, indicated that Malawi and South Africa are the only countries where the population of cheetahs is growing in Southern Africa.

He believes Malawi will in future be able to export cheetahs to others countries like Mozambique and Tanzania.

Majete wildlife reserve is a place of big five currently with total number of more than 12, 000 animals.