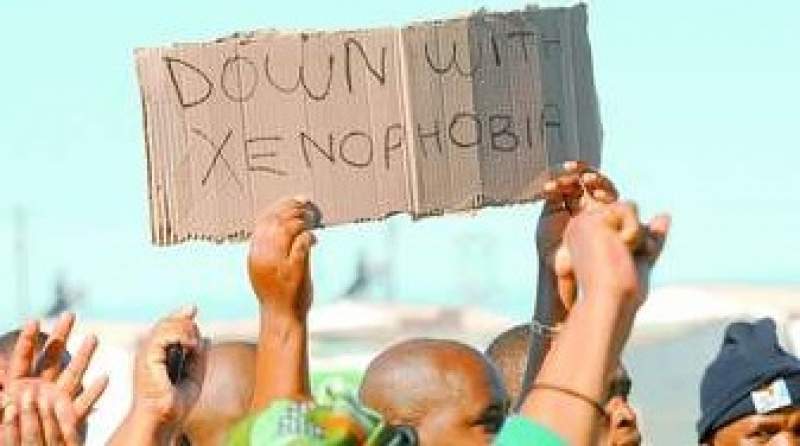 The deal was struck on Saturday December 5, 2020 during the 13th Extraordinary Session of the AfCFTA webinar.

“This our Treaty is an immense opportunity for private sector in Africa. It will be a curtain raiser for development expansion of private enterprise on our continent,” says Cyril Ramaphosa, African Union (AU) Chairperson and President of South Africa.

He said that the AfFCTA, which was launched in Kigali – Rwanda in 2018, provides an opportunity for the growth of private sector “and must support the continent through human and financial capital.

“We call on the private sector to be our partners in this journey. Provide support to this continental effort through the development of financial resources and investment in areas such as infrastructure.”

His remarks sound to be a dialysis for the continent's ailing economic heart. That is, probably, the reason why AU Commission Chairperson, Moussa Faki Hammat, spoke in Ramaphosa’s agreement.

“We are now fulfilling the old dream of founding fathers of establishing an all-African common market since 1963 to date. It has been a long way despite the constraints that we have had; the natural disasters and COVID-19 in Africa,” he said.

In the Sub Saharan Africa lies Malawi; one of the poorest countries in the continent. A country that relies on cross border trade as one of its economic engines. A country whose visible part of its population rely on South Africa for economic activities.

Malawi sees a window of opportunity in this AfFCTA. President Lazarus Chakwera sees economic transformation through the agreement.

"There is joy and excitement. Even our forefathers, people that have dreamed of pan-Africa, this is fulfilment of their dream that we have all been looking for," he said.

The free trade area seeks to create a single continental market for goods and services with free movement of people doing businesses.

It also aims at providing a way for accelerating the establishment of the Continental Customs Union.

Mnela, however, feels the free trade area cannot work out to the continent's expectations if countries don't find lasting solutions to xenophobic attacks in the region.

He says the xenophobic violence “indeed has the potential to be disruptive. Perhaps the best way of handling such problems is to consider country specific challenges and provide bespoke solutions.”

His remark comes amid rising attacks on foreign truck drivers in South Africa.

As of November 25th, 2020, 29 trucks had been set alight in South African streets in just less than a month. Among reasons, South Africans have been accusing the foreigners of snatching their jobs.

Mnela says that if, for example, unemployment is high among South African drivers to the extent that the unemployed truck drivers from there lynch foreign drivers, there are several options: from law enforcement or logistical arrangements where at-risk drivers are restricted.

“Both have implications on the fulfillment of the AfCFTA,” he says.

He adds; “South Africa as a country stands to lose. For example, the risk of doing business limits businesses willing to ply the risky routes. This will result in low supply of goods and increased costs. Such costs will be pushed to the final consumer, implying greater loss for the country.

“Of course, haulers from Malawi recently started strikes demanding higher pay. This was, among other things, prompted by the heightened risks not only in South Africa but across the region."

Grey Chisale is a Malawian cross-border truck driver. He has been in the profession for twelve years now. He is a father of five.

“We are criticized of snatching jobs from the South Africans. They claim that foreigners get higher perks than them,” says the driver who has, on several occasions, escaped pangs of xenophobic attacks in the rainbow nation.

“One day I was traveling to Johannesburg with my colleagues. They came to us with petrol bombs and stones. They do not mind whether you are in transit or you stay there. As long as they know you are a foreigner, they will attack you,” he says.

A day before anti-foreign truck drivers violent demonstrations ensued in South Africa, Chisale was in Durban loading his truck ready for departure back to Malawi.

“Durban is the hotspot for these attacks. Three trucks were burnt that day. I saw one of the trucks being petrol bombed while the drivers was right inside. He was burnt alive together with the truck. Countries should re-work on policies about cross-border trade,” he says.

Zambia is one of the countries who have lost their truck drivers to the attacks. The country’s Transport and Communication Minister, Mutowe Kafwaya, said in a statement that “on 20th November, 2020 a Zambian truck driver working for a South African based company was shot along the R50 highway in Johannesburg on his way back to Zambia.

“Further, we have observed the re-occurrence of a precedented violence, burning of foreign trucks, shooting and brutalizing of foreign drivers.”

Chairperson of Zambian Association of South Africa, Ferdinand Chimwanya told Zodiak Online that that there were plans by foreigners to retaliate the attacks but government intervened to call for calm until all the issues are resolved

“All these economies are going to shut down if measures are not put in place to arrest the development. South Africans should know that other countries can do the same in their countries in retaliation and that will not be good,” he says.

As a precaution, the Government of Zambia through Mutowe advised all the truck drivers to desist from travelling to South Africa until the security situation improves.

Spokesperson of Truck Drivers Association of Malawi, Paul kachitsa, fears for lives of his colleagues.

“We wonder what countries are doing to solve this problem. Truck drivers in the region are planning to boycott trading with South Africa which may in turn affect even South Africa,” he said.

ADF Spokesperson, Sheikh Amir, told Zodiak Online that the attacks are a concern, not only to countries neighboring South Africa, but to South Africa as well.

“South African truck drivers are even afraid to cross to other countries in fear of retaliation. It is a challenge to countries’ economy. Business has been halted,” he says.

Through his acting spokesperson, Tyrone Seale, the President said he was “deeply concerned about the effect of this violence on owners and employees of the affected trucking companies, as well as the economic disruption caused by these acts just as the country is focused on rebuilding the economy.

“As South Africans, we cannot possibly tolerate the mindless and bloody lawlessness with which the road freight industry is being targeted. We cannot tolerate this loss of life and destruction of property.

Seale said in a statement that “the President, therefore, welcomes the arrest of suspects in Gauteng following deadly assaults on truck drivers. The President is confident that perpetrators in all parts of the country will be brought to book.”

“Our relationship is one of interdependence. 26.7% of South African exports in 2018 were delivered to fellow African countries. Africa also contributes to South Africa’s tourism industry that made R139 billion from tourism in 2018 alone.

“South Africa cannot afford to push away African tourists because of xenophobia. We need to end xenophobia and call out friends who are xenophobic,” writes Tralac Online.

That is exactly one of the things that the continent needs to do if the free trade area is to meet its ambitious expectations and realizes the gains that are currently under threat.