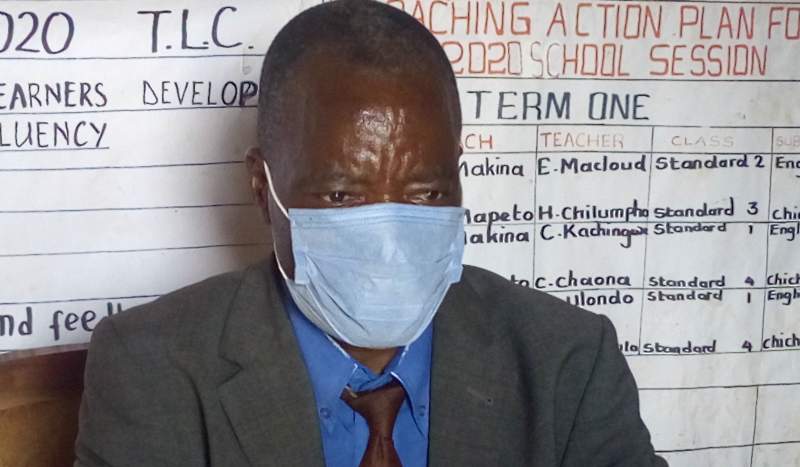 Mayere - We have registered 100 % re-enrolment - pic by Hastings Jimani

The school’s head teacher Mr. Biton Mayere told Zodiak that three girls dropped out of school after getting pregnant during the long holiday.

“Three girls were impregnated but the good news is that all returned to school. Two girls wrote their Primary School Leaving Certificate of Examinations (PSLCE),” said Mayere.

Another standard seven girl told Zodiak Online that she realized that she was pregnant early October and she did not dare start school up until the mother group approached and encouraged her to go back to school.

“I now have realized that the only way to succeed in my life is to get educated and I am sure I will pass the mock examinations which I have written and I will come back to school after delivering,” said the girl whose identity we have deliberately concealed.

Meanwhile Director of Education, Youth and Sports at Mulanje District Council Enock Chumachawo says his office is compiling data on the number of impregnated and married girls and those who re-enrolled to school.

“The story of Satemwa primary, is enough to motivate other girls currently at home after being impregnated,” said Chumachawo.

The raging COVID-19 pandemic forced the government to close schools in March this year and only re-opened after 6 months in October.

During that break the country witnessed a surge in numbers of unwanted pregnancies and early marriages.