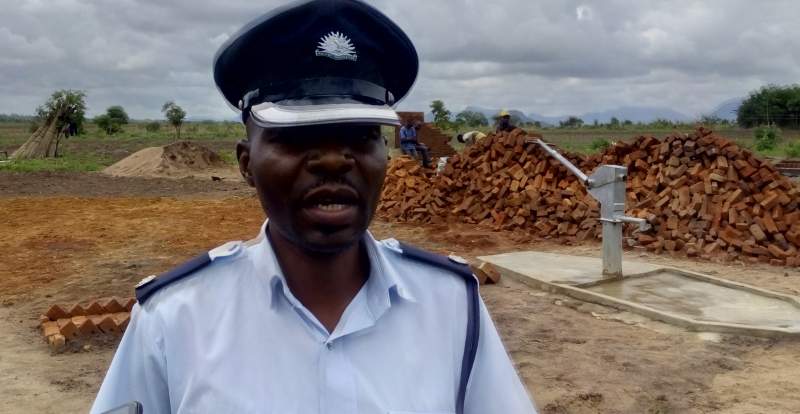 The department of the immigration in the eastern region has assured communities living in the bordering villages in the region of a 24-hour border security.

Eastern Region Immigration Officer, Vivian Kasambo, who made the assurance Thursday when he visited Katuli border in Mangochi where the department is constructing a hostel for officers, said both police and immigration officers will be in the areas to make sure that there is maximum security.

“On behalf of the Director General, am very impressed with what is happening here, the initiative that we started as a region to ensure that this area became a fully designated border and we are going to the right direction which is an assurance that the area will have maximum security,” said Kasambo.

He said Katuli border is one of the developing borders which authorities want to see all management systems at a border operating.

According to Senior Group Village Headman Kalanje, the few months that the officers have been around in the area they have seen a reduction of cross border robberies.

“This very same place we are standing today, is where people used to be robbed before this construction started as this side there was no structure despite that our friend in Mozambican side has a fully designated border post,” said Kalanje.

He said the coming of officers who are now camping at the place after the department constructed offices has helped the area and the construction of the hostel for officers who work on shifts gives them much hope on issue of security.

After visiting the construction site both Kasambo and Kalanje planted trees at the place.