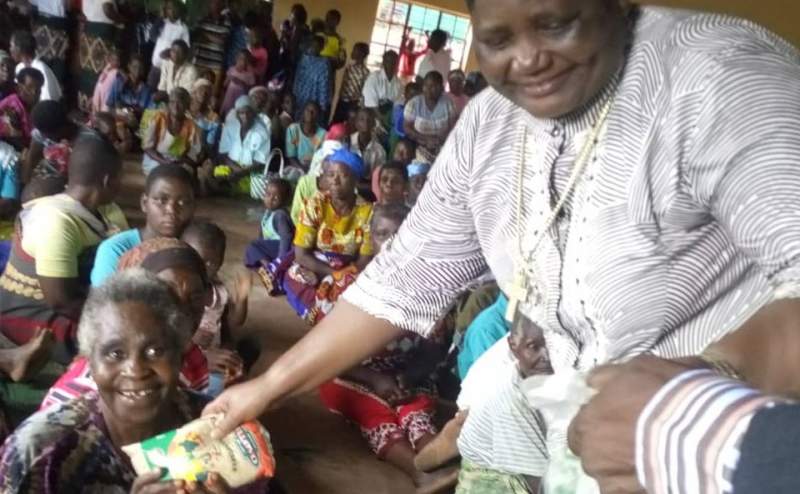 There were orphans and other vulnerable children, widows and widowers, people with disabilities and the elderly.

Evangelist Mbeta told Zodiak Online that as people are celebrating the birth of Jesus Christ, there is need to follow Christ’s footsteps and one of the works Jesus did while on earth was feeding the hungry.

“As Christians, we need to follow what Jesus Christ did while on earth like doing charitable works. He fed the hungry, cheered those in problems and shared with poor and this is exactly what we are doing today,” said Evangelist Mbeta.

He said hungry and generally poverty stricken people cannot be taught, hear, understand and grasp the word of God and she said it is therefore important to do what she called missionary work.

She also distributed soap, sugar, salt and relish to all 600 plus people and school uniform cloth to close to 100 vulnerable children.

“Let me thank Chigonjetso Charity Forum for contributing towards both the food and other donated items,” said Evangelist Mbeta.

Later in the day Evangelist Mbeta laid a foundation stone for construction of Namputu village court.

“While we all know that the final judgment is coming with Jesus our Lord, we need to support our local justice system on this earth we are currently living,” said Evangelist Mbeta.

Group Village Head Namputu thanked the evangelist for the initiative.

“We have been meeting under that tree and it will be a relief to me, my counselors and my subjects once this court is constructed.