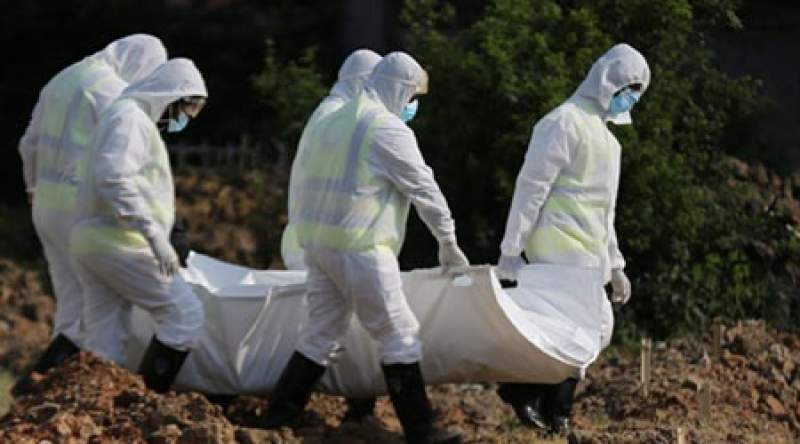 One of the concerned people, Martin Zebedia, claims that they paid K40, 000 to have his aunt’s dead body disinfected on Tuesday morning.

Zebedia described the practice as unfortunate; wondering if this is in line with government guidelines that people should be paying for such services.

“Our aunt succumbed to Covid-19 so we went to QECH yesterday at around 8 am because that is the time they told us we were supposed to be there. When we reached there, we did not get help.

“When we asked the workers why they were taking so long to assist us, the workers told us to wait as they were going to refill disinfectants. The first team left and the second team came at around 10 am.

“When we asked the second team, they said it is unfortunate that the first team did not explain that they were supposed to pay a little something. When my friend asked how much, they said K40, 000,” explained Martin.

He said after discussing with relations, they resorted to bowing down to their demands saying time was not on their side besides they had already incurred a cost.

“However, despite that we paid the money, we also had a lot of questions as to whether government has sanctioned payment of such amount or more to have Covid-19 dead bodies disinfected, because we had our friends who were charged K10, 000 to take a dead body out of the car and put in tent mortuary and the morning after [yesterday] they also paid K50, 000.

“I was disturbed. Is the government aware that those who disinfect dead bodies at the facility are charging?” wondered Martin.

He added; “my concern is we have not been told that when you lose somebody due to Covid-19, you are supposed to pay disinfection fee. Making things worse, we are actually passing through very difficult times others cannot manage to raise K40, 000 and they will just be kept without being helped, I don’t know what government is thinking on this.

QECH Director, Dr. Samuel Mndolo, did not acknowledge or dismiss the allegations.

“I am not aware of that and nobody has complained to us officially. This is wrong if that is happening. Let us know so that we discipline the workers,” Said Mndolo.

A Health Rights Activist Maziko Matemba has described the practice as unfortunate and unprofessional.

“It is unfortunate and unprofessional for any health worker to demand such money. Of late, we have not held that people need to pay for disinfection. If some people are taking advantage of that, that must stop,” said Matemba.

He implored on people to be vigilant against the malpractice

“Those doing it are criminals. Government should do something. If people are doing that then the government should take action so that other people should learn from that.

“Malawi has a free health care system if indeed people want to support the health sector through a donation that’s a different case altogether but not forcing people to pay something which the government has not subscribed.