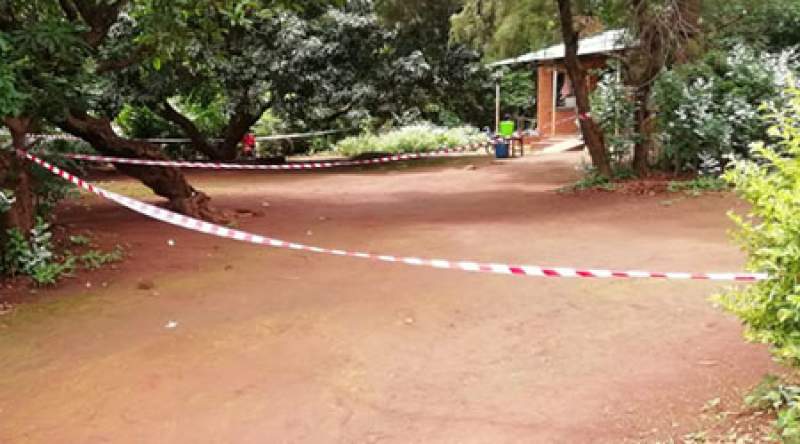 An employee of Esperanza Tea Estate Company in Mulanje, a subsidiary of Eastern Produce Malawi Limited (EPM) who tested COVID-19 positive has his house been red taped by his employer, an indication that the house premises is a danger zone.

Speaking to Zodiak Online in a very depressed tone, the employee said immediately he disclosed his status and that of four members of his family to the company management, a health surveillance assistant from the company’s clinic came and rounded the house premises with a red tape.

“We have been greatly devastated with this as people passing by our house are pointing fingers at the house saying it is a coronavirus house. But as a sick person, there is nothing I can do and I just leave everything in the hands of God,” said the dejected employee.

The man said surprisingly two of the company’s managers also tested positive but unlike him, their houses have not been red taped.

The company’s manager, Mr. John Mchawa, referred us to EPM Group Human Resources Manager, Mr. Gideon Mothitsa, who referred us back to Mr. Mchawa, saying he is better placed to speak on this issue.

“That directive did not come from EPM Head Office and Mr. Mchawa should explain to you why this employee has his house been red taped, not me,” said Mr. Mothitsa.

Meanwhile, District Commissioner for Mulanje Stallichi Mwambiwa has described the move taken by the company as discrimination of the highest order and he said he has directed the company to immediately remove the tape.

“This is unacceptable and people are required to follow prescribed isolation or quarantine guidelines. No invention or introduction of any other rules is acceptable, especially those that are discriminatory and psychologically torturing,” said the visibly angry DC.

But as of today, Monday morning the tape was still at the house.