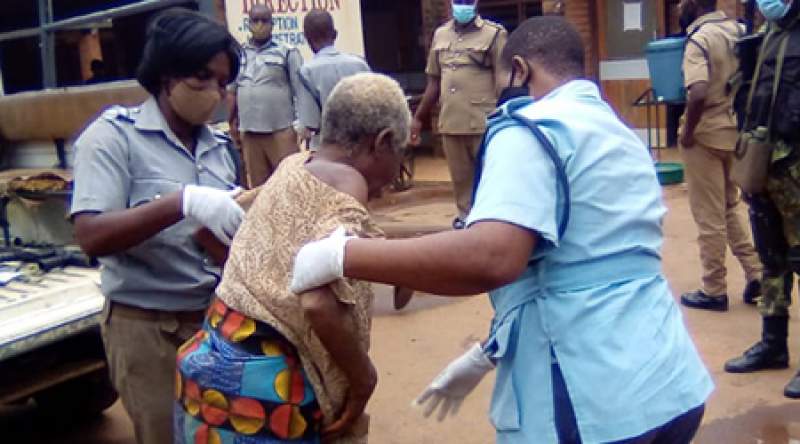 Police officers aiding one of the two grannies - file photo

As the country continues registering an upsurge of violence against the elderly on witchcraft accusations, angry mob from Songwe village in Mulanje yesterday nearly killed two grannies accusing them of killing a Form Four boy through magic.

Mulanje Police Spokesperson, Sub-Inspector Gresham Ngwira, told Zodiak Online that the boy, Jonathan Jasi, got sick on Sunday and was rushed to one of private clinics in the district where he was pronounced dead upon arrival.

“The sudden death angered villagers who pounced on the two grannies and locked them in a house threatening to kill them if they do not bring back life unto the dead body,” said Ngwira.

He said police rushed to the scene and rescued the two grannies believed to be in their 80s and took them to Mulanje District Hospital where they are currently receiving treatment.

Meanwhile, police continue condemning mob justice and warn of arresting all perpetrators of violence against the elderly.