Taps Run Dry for a Month in Liwonde 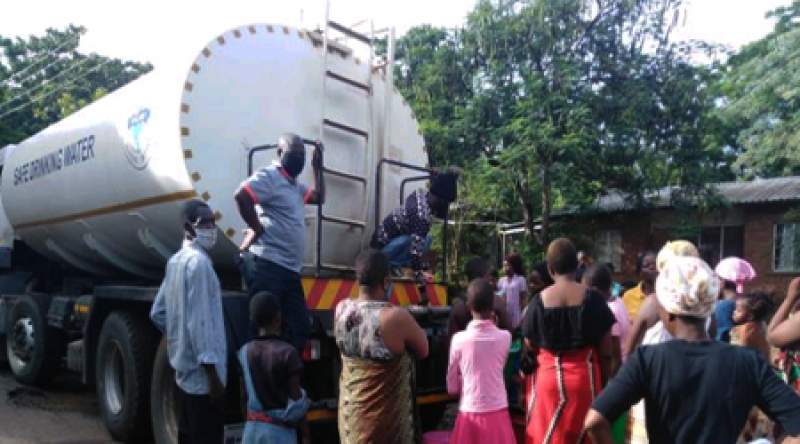 Liwonde town residents say their health is at risk following dry taps for about a month without service provider, Southern Region Water Board, making any communication.

The residents have petitioned relevant authorities to intervene and asked the provider to act by close of business on Wednesday January 27th, 2021.

Some residents have told Zodiak Online that they have never directly used their flush toilets and overhead shower for years, as they only have access to water for home basic needs.

One resident, Nicholas Ngamiza, confirmed water only comes out few hours of the day.

"This is putting our lives at risk as sanitation is compromised since taps are usually dry," said Ngamiza.

On Tuesday afternoon, the Liwonde town residents ganged up to present a petition of their grievances to Southern Region Water Board through Machinga District Commissioner.

Among other concerns, the residents say on top of water borne diseases, they are also prone to Covid 19 as they scramble for water any time the water bowser comes.

They say that frequent handwashing which is said to be one of COVID-19 preventive measure, is a nonstarter in the area.

They say it is sad that for such a period, the service provider has not made an effort to communicate with to customers stating the problem yet it still produces bills each month.

They have since warned they will demonstrate if their concerns are not addressed within a 24-hour ultimatum.

For about three consecutive years, Liwonde township that lies along Malawi’s largest river Shire, has had a problem of intermittent water supply.